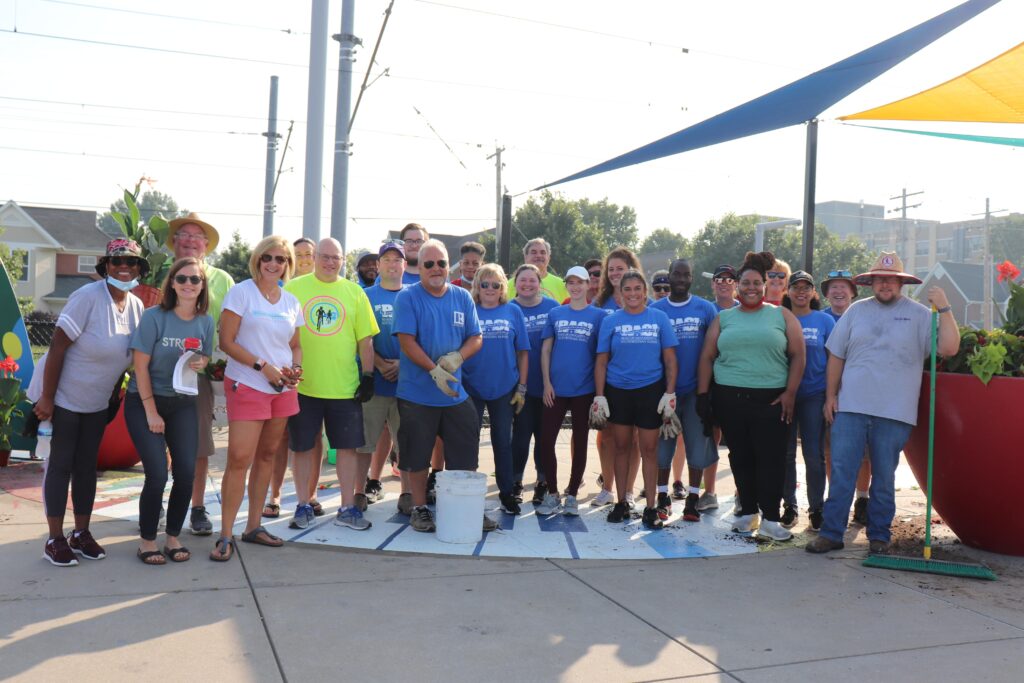 Volunteers from Citizens for Modern Transit, REALTOR Association of Southwestern Illinois, AARP in St. Louis, the  St. Clair County Transit District (SCCTD), Added Dimension, CBB and PGAV gathered at the newly transformed Emerson Park Transit Center on Tuesday, Aug. 17 to help fill planters and beautify the  space in advance of the public unveiling being held this weekend. The newly renovated Emerson Park Transit Center, which is being transformed as part of CMT and AARP’s  “Transit Stop Transformation” project  in partnership with SCCTD and Metro Transit, will officially be unveiled to the public through a community event and ribbon cutting on Saturday, Aug. 21, from 9 a.m. to 10:30 a.m.

The project transforms the concrete area between the bus bays and MetroLink entrance into an interactive, playful, engaging space that gives a nod to the history of music in East St. Louis and makes it part of the fabric of the community. In addition, a mural on the pedestrian overpass depicts the historic importance of music in East St. Louis made possible through an AARP Community Challenge Grant.   In addition, the REALTOR Association of Southwestern Illinois presented the project partners an additional grant to help bring this project to fruition.

Find out more about the upcoming event here. 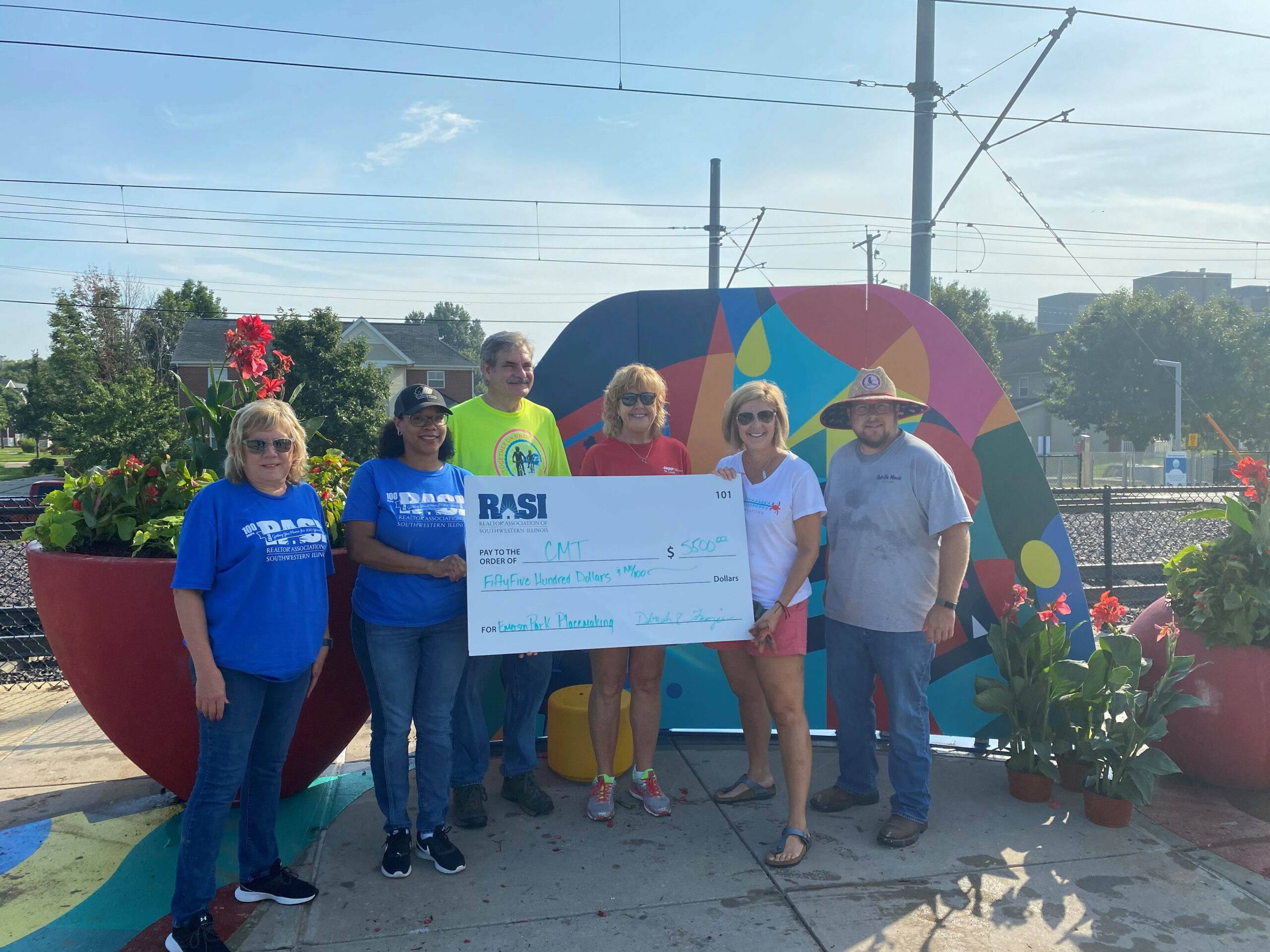