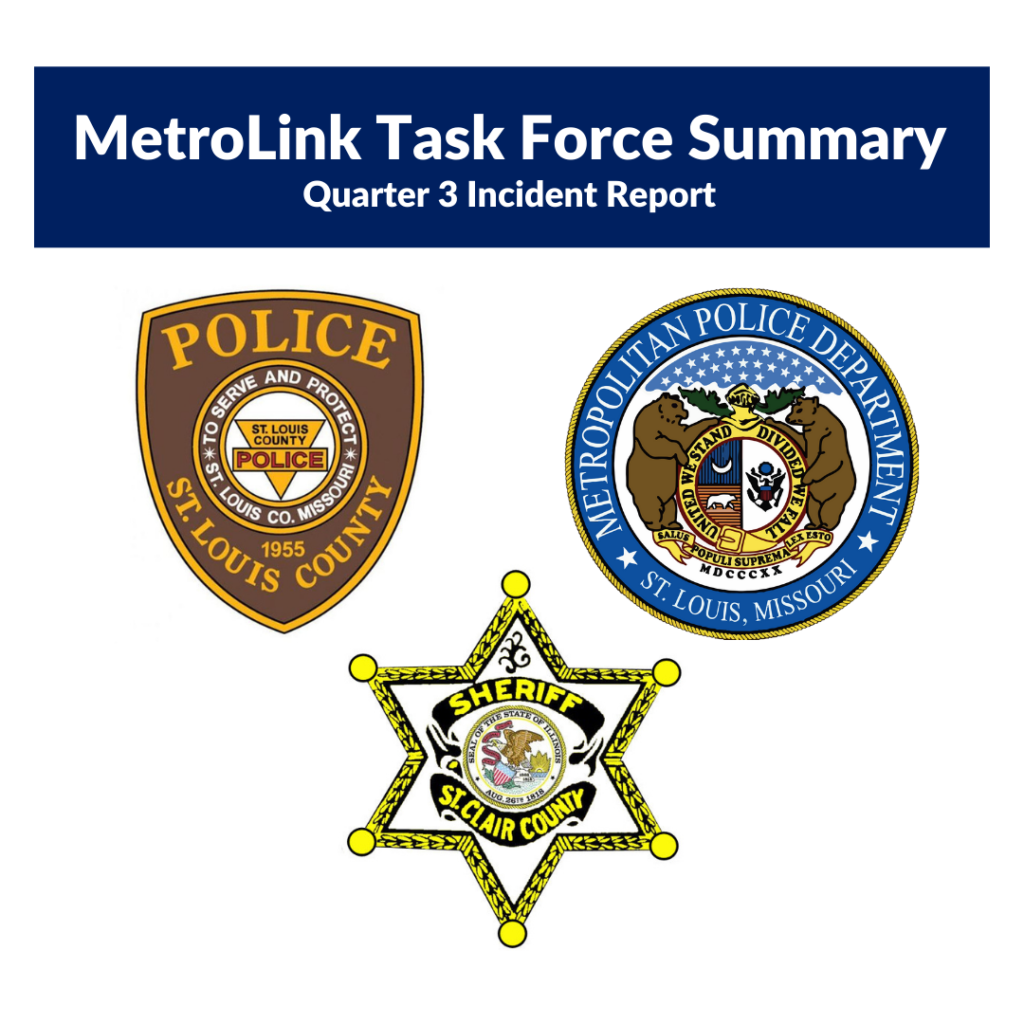 The lastest Metro Transit Security Report card released in the third quarter showed increasing ridership as more individuals are heading out post-pandemic while the number of security incidents continues to remain low. Overall MetroLink boardings increased 15% in the third quarter of 2021. In the report, Metro Security shows a total of 153 incidents for a rate of 9 incidents per 100,000 boardings.  Of the 153 incidents reported, 65% were the result of proactive policing in which police or security staff initiated the contact. The majority of the incidents reported  (81%) were “Standard of Conduct” offenses such as trespassing, drug possession or other ordinance violations.  Property crimes accounted for 4% of incidents.

The safety and security of the MetroLink System has been a top, regional priority for the past several years. Significant work has been accomplished through the collaboration of industry leaders, elected officials, police officers, public safety officials and others. Riders can weigh in directly on the state of the system through the CMT Metro Monitor Program.  Reporting tool available online here.

A link to the full report can be found here.