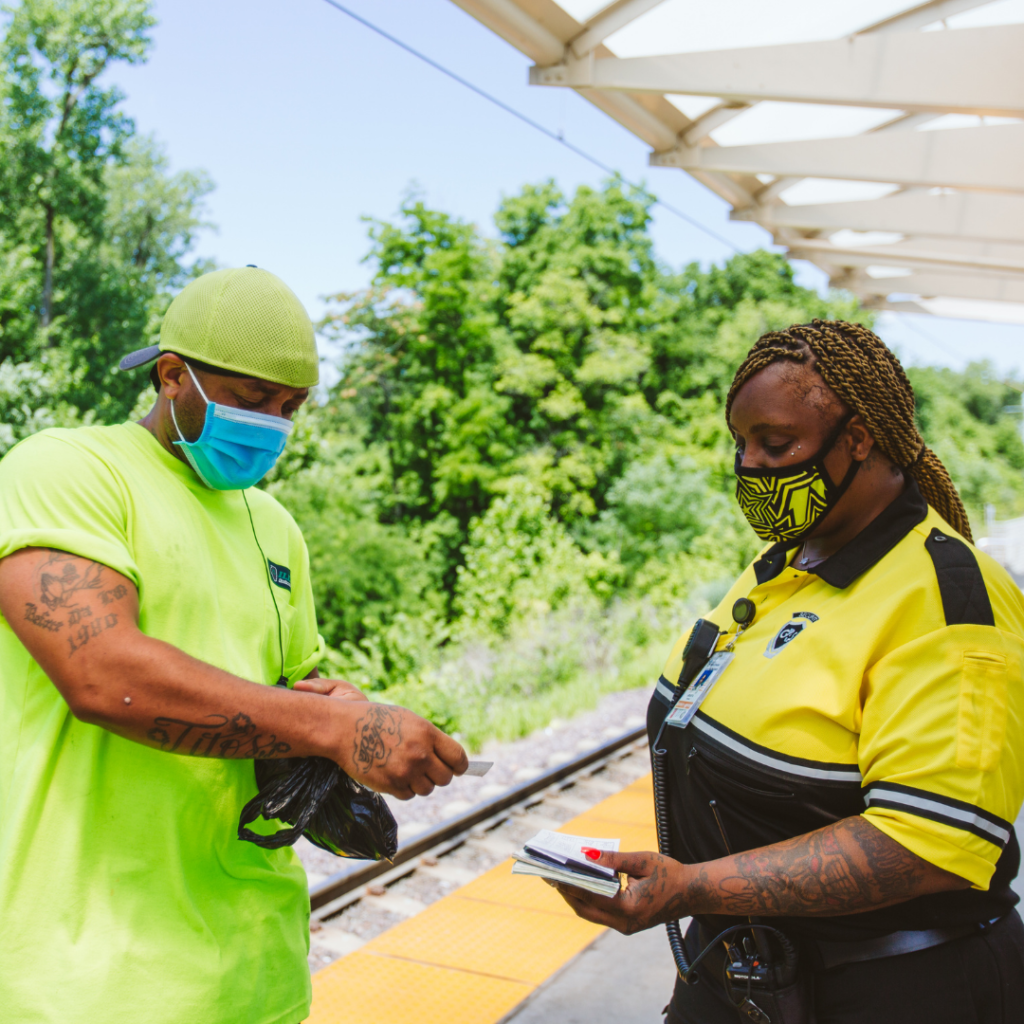 In February 2020, Metro Transit approved a systematic framework of effective and sustainable security components to safeguard the personal security of passengers, employees and members of the public, as well as the integrity of Metro assets and other property. This agreement was the culmination of two years of work and collaboration between Metro Transit, Bi-State Development, East-West Gateway Council of Governments, WSP, St. Louis County, City of St. Louis, St. Clair County and Metro’s law enforcement partners at the St. Louis County Police Department, St. Clair County Sheriff’s Department and the Metropolitan St. Louis Police Department.

Recently, Metro Transit instituted a new ‘tagging’ program at the MetroLink Stations, on the light rail cars and on the MetroBus system to provide Metro Transit Public Safety the opportunity to track movement of its security forces, increase coverage of the system and hold security officers accountable for their presence on the system. In March 2022 alone, Metro Transit public safety checked in more than 46,000 times across the system.

“This program allows us to demonstrate proof of presence,” said Kevin Scott, General Manager of public safety. “In order to tag in, a security officer must be physically present in a certain area in order to tap into or ‘tag’ themselves at a certain location on the property. This program allows us to expand our presence while ensuring that all areas of the system are being covered.”

“The safety and security of the MetroLink System has been a top, regional priority for the past several years. Significant work has been accomplished through the collaboration of industry leaders, elected officials, police officers, public safety officials and others– yet all agree, more needed to be done. This new program is just one more way that Metro Transit can demonstrate its coverage of the entire system,” said Kimberly Cella, executive director of CMT. “In addition, riders can participate in ensuring the system success as well. Citizens for Modern Transit (CMT) re-instituted its MetroLink Monitor Program with a new emphasis on safety and security at Metro Transit Stations, Centers and on trains and buses. Volunteers observe and record conditions and report their findings to CMT monthly.”

The CMT Metro Monitors meet on a quarterly basis with Metro Transit Public Safety.  If you are interested in becoming a Metro Monitor, please visit here: https://cmt-stl.org/cmt-reinstitutes-its-metrolink-monitor-program-with-new-emphasis-on-safety-and-security-looking-for-volunteers-to-ride-report/