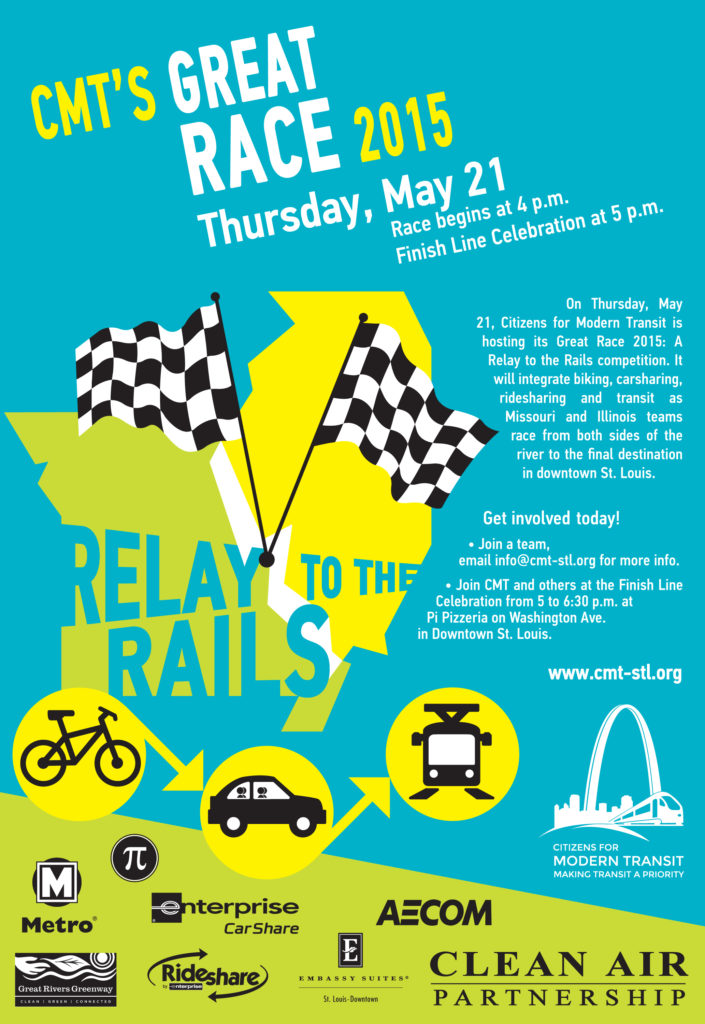 After hosting three, highly successful Great Race competitions placing Team TRANSIT, Team BIKE, Team CARSHARE and Team CARPOOL in a head-to-head competition to see which commuters could get from Point A to Point B the fastest during the evening rush via their respective transportation modes, Citizens for Modern Transit is excited to announce a new twist for the coming year.

On Thursday, May 21, CMT is hosting CMT’s Great Race 2015: A Relay to the Rails. It will integrate biking, carsharing, ridesharing and transit as the teams race to the final destination in downtown St. Louis. This new approach will help to raise awareness about the viable alternative transportation options that exist, demonstrate how seamlessly these modes can be integrated together, and for the first time, enable the organization to extend this event into the Metro East. More specifically, the competition will place two teams against one another. One team will bike and carshare to the Shrewsbury MetroLink, meet additional teammates and take the train to the finish line downtown. The other team will bike and rideshare to  the Belleville MetroLink station, meet additional teammates and then take the train to the finish line downtown.

The teams will start at the same time, and whichever group gets to the finish line first wins. The race will culminate with a happy hour celebration in the plaza adjacent to Pi Pizzeria on Washington Ave. in Downtown St. Louis. What is even more exciting about the CMT Great Race are the number of local media personalities and organizations who participate to help spread the great message of transportation alternatives in St. Louis – not to mention the friendly rivalry that exists between different media outlets. 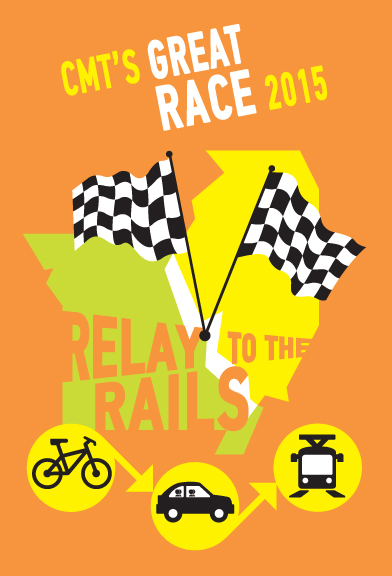 In addition CMT is excited to welcome the following sponsors and participants on our Great Race teams:

Want to get involved in the Great Race? There are several opportunities –