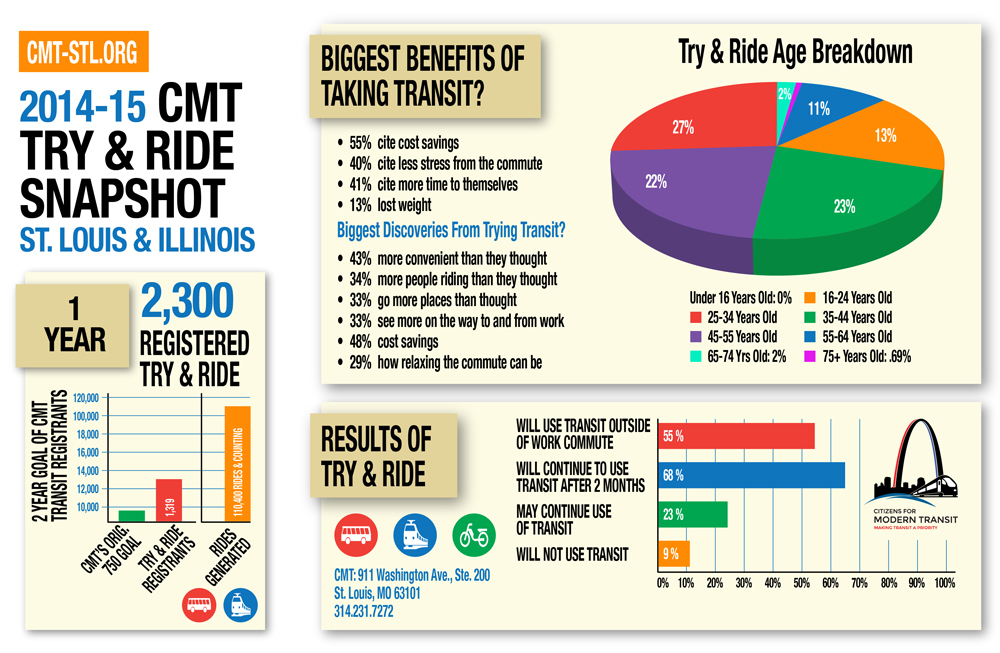 The CMT Try & Ride program continues to exceed all goals set for the program in attracting new riders to the transit system in St. Louis.  The program kicked off on June 14, 2014 with the help of local media personalities Todd Morgan from KHITS and Paul Cook from Y98 talking about their experiences as some of the first participants of the Try & Ride program in St. Louis.  Over the course of its first year, the program has seen a record number of participants – 2,255 since inception – and far exceeding the two-year program goal of 1,500 participants.  A whopping 50 percent over the 2 year goal in one year!

CMT’s Try & Ride program is an incentive program that provides a month’s worth of transit tickets for the work commute and a personalized route to work in exchange for committing to take transit to work at least 3 days a week for two months.  Participants are asked to complete a survey at the end of the first month and at the end of the second month, and the data from these surveys is invaluable.  It will be compiled and sent to Metro and East-West Gateway in a report designed to inform their efforts.

“The Try & Ride program demonstrates people will ride transit if we help them over the initial perceived hurdles.  What is even better, the survey results are showing more and more riders committing to using transit after the initial two month period. We are excited to see how much more this program can grow and bring in new riders,” said Kim Cella, CMT Executive Director.

The CMT Try & Ride Program received a What’s Right with the Region! Award this year under the Innovative Solutions Category. 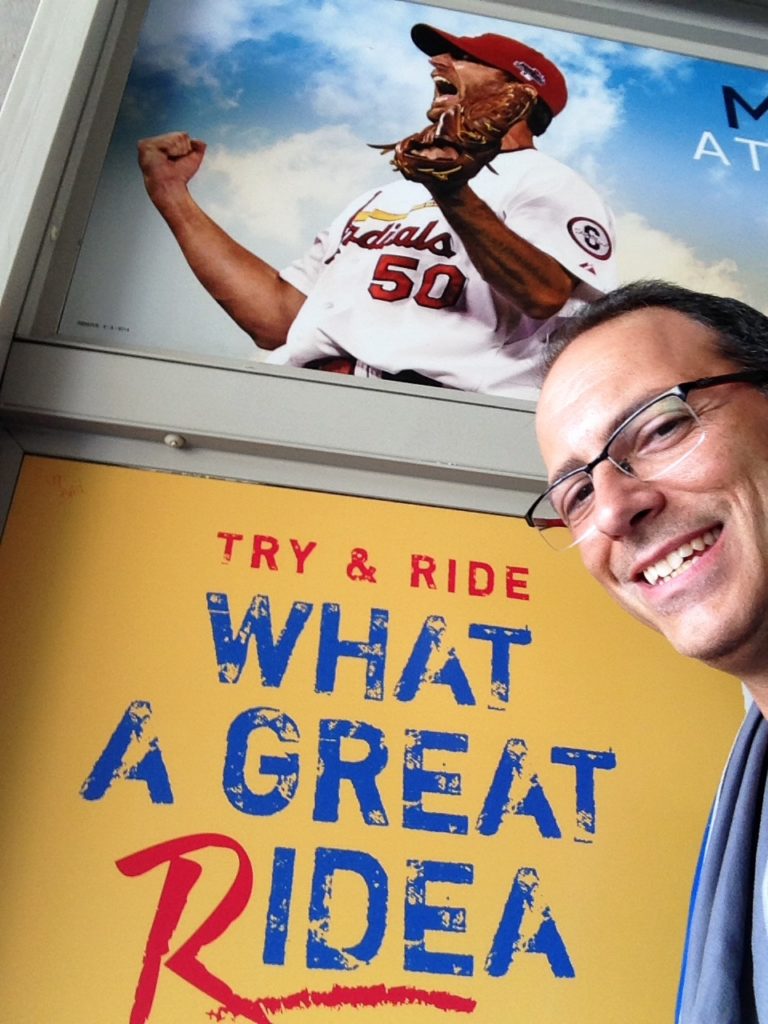 An overview of the data received from the 2nd survey to date is provided below.  If you are interested in Trying & Riding, register today!

“The overall transit experience, and the ease of the system’s usability, ultimately managed to turn many first-time transit users into regular transit commuters. Participants boasted cost savings, a less stressful commute, more time to themselves and weight loss among the biggest benefits of transit utilization in our survey results. Many noted that they were surprised to discover that transit was more convenient than they originally thought,” said Cella.

Stay tuned for more over the next year!