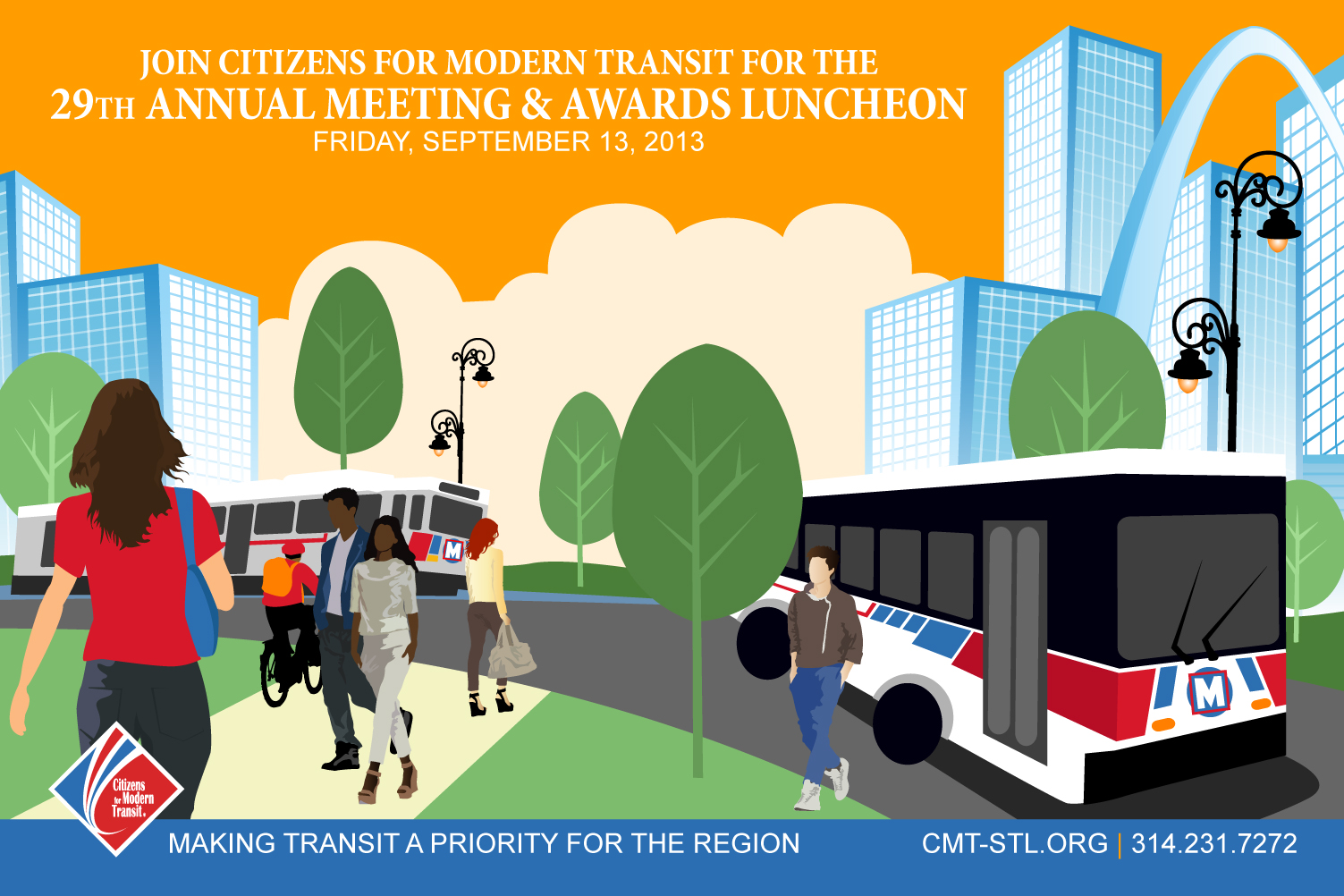 Citizens for Modern Transit capped off the 29th Annual Meeting with the release of the 2013 Annual Report .  Attendees received copies which highlight some of the successes of CMT in FY13:

Now looking to FY 14, CMT will look forward to focusing on building new connections to meet the new challenges that lie ahead.  We will work to take the energy from celebrating 20 years of MetroLink success in St. Louis and ensure that our system continues to move ahead and meet the needs of the St. Louis region over the next 20 years.  Now is the time to invest in transit and in CMT.  We hope you will get on board.