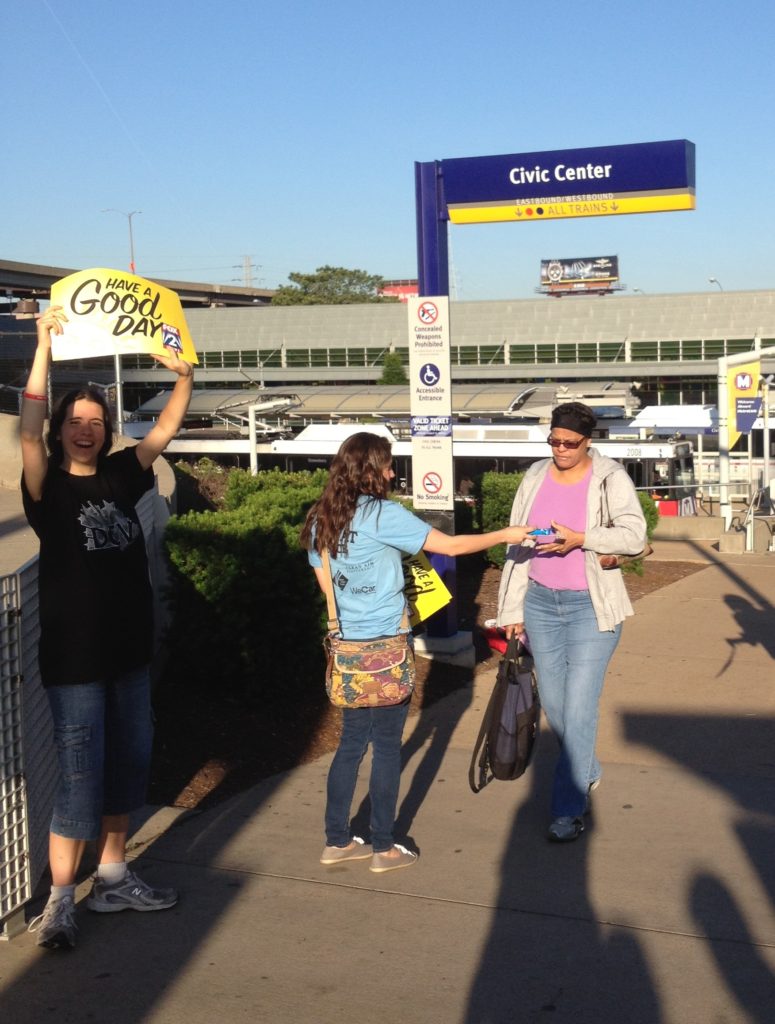 CMT members, along with several dedicated volunteers handed out thousands of granola bars and information on the Guaranteed Ride Home Program this morning from 7-8:30am.  Fox 2 News even had a helicopter flyover to further publicize the event!  Volunteers greeted transit riders, to include MetroLink and MetroBus users, along with bike and walk commuters at the stations on this beautiful Thursday morning as the second event during Make Your Move on Metro in May.  Anyone who registers for the GRH program in May will be entered into a drawing for cash prizes.  Shown below: Laura Barton & Paul Williams; Steven Siegerist & Nicole Young; Andrea Seper to the right