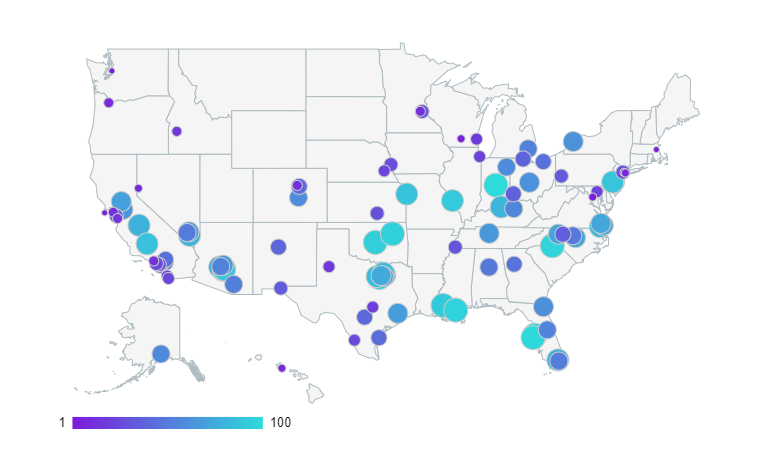 WalletHub recently published a ranking comparing 100 cities across 17 key metrics to find out where passengers will fare best during their daily commute.  The rankings list St. Louis in the bottom 10 percent with an overall score of 91 out of 100 (one being the best).  St. Louis was ranked in the top 20% in the category of Accessibility & Convenience, scoring 17 out of 40 points in that category alone.  St. Louis ranked middle of the pack in the Public Transit Resources category but was nearly last in the Safety & Reliability category at position 96 out of 100.

Kansas City, Missouri was also considered in the comparison and came in with a ranking of 88 out of 100, just three spots higher than St. Louis.  Similar to St. Louis, KC scored a 93 in Safety & Reliability.  Other categories varied, where St. Louis out preformed KC in Accessibility & Convenience, KC out ranked St. Louis in Public Transit Resources.

Find out more about the study’s methodology and explore some of the reasons Wallet Hub ranked Seattle, Washington as the best city in America for public transportation and Indianapolis, Indiana one of the worst (of the cities that were compared).