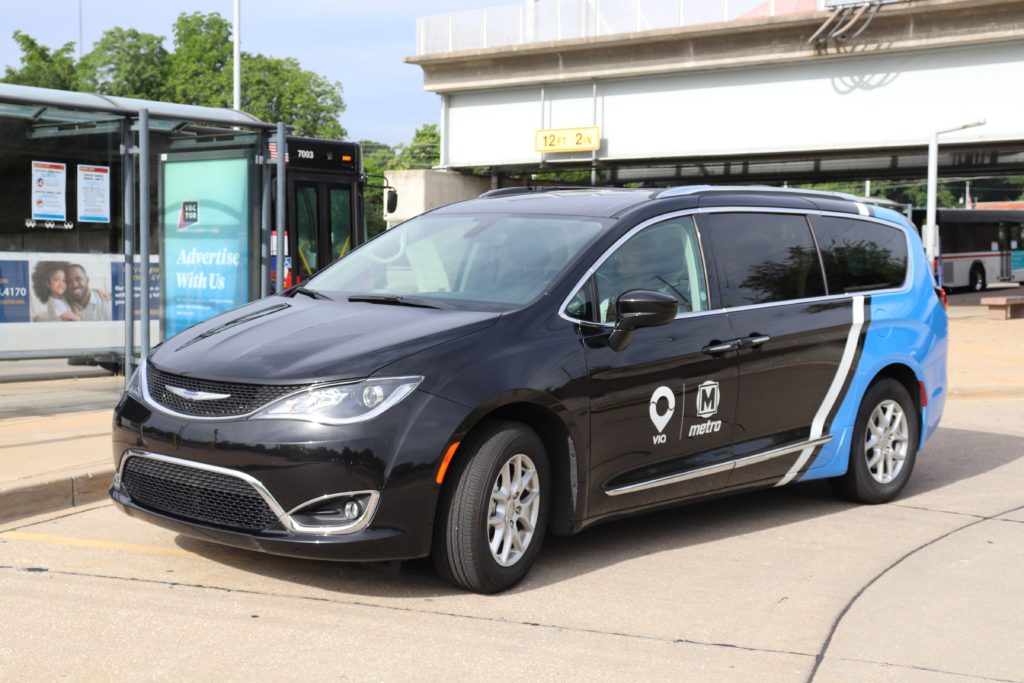 Via Metro STL, which launched in June 2020, is an affordable and convenient on-demand transit option that allows riders to hail a vehicle directly from their smartphone using the Via app, and travel to any location within the service area during operating hours.

A single trip on Via Metro STL is only $2. Riders can combine their Via Metro STL and Metro Transit trip for just $3, which includes a single Via Metro STL trip and a mobile Two-Hour Pass that can be used on MetroBus or MetroLink. For more information on Via Metro STL service, please visit metrostlouis.org/via or call 636-251-3328.