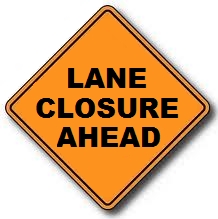 The City of St. Louis and Metro Transit (co-owners of the bridge) have announced that lane closures will go into effect on the vehicle deck of the Eads Bridge beginning Monday, Oct. 1, 2012. The vehicle deck on the bridge currently serves two lanes of traffic in each direction. Starting October 1, lane restrictions on the Eads Bridge will allow one lane of traffic in each direction. Motorists should allow extra time for their commutes over the Eads Bridge or consider alternative routes such as the Martin Luther King Bridge or the Poplar Street Bridge.

The lane closures are necessary to accommodate extensive work by Metro to rehabilitate the support structure of the 138-year-old Eads Bridge.  The work is needed to protect this national landmark and upgrade an important piece of the region’s $1.8 billion transit infrastructure so it can continue to serve future generations.

The lane closures will remain in effect until the project is complete in the fall of 2015.