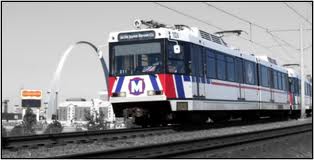 Yesterday, the US House of Representatives passed a 6-year transportation bill, the Surface Transportation Reauthorization and Reform Act of 2015 . The legislation is a 6-year bill authorizing $325 billion for transportation over that time.

The bill will now move to a conference committee. The current extension of MAP-21 expires on November 20th.   There is the possibility of another extension while House and Senate iron out their differences.

The proposed bill would fund the nation’s Highway Trust Fund and Mass Transit accounts. Roughly 80 percent of the funds will go to highways, 17 percent, or $55 billion will go to public transit, and the remaining three percent will go to safety programs. Traditionally, both highway and transit projects had a maximum federal match at 80 percent.  However, in this bill, federal match for transit projects was reduced by 30 percent to a 50:50 match – 50 percent federal funding, 50 percent local match, while the maximum highway match was kept at 80 percent. The bill would also prohibit transit agencies from counting funds from other federal programs (i.e.TIFIA loans towards the local portion).

While the bill is a six year bill, it is anticipated the House will only provide funding for the first three, requiring Congress to identify a new source of funding at the end of 2018.  The traditional source for transportation funding is revenue collected by the federal gas tax, currently set at 18.4 cents per gallon, which hasn’t been raised since 1993. The gas tax brings in ~$34 billion per year, but typical annual spending is ~$50 billion annually on transportation projects, so out the gate, there is a $16 billion shortfall.  To date, there has been reluctance to raise the federal gas tax, and no other sustainable funding stream has been identified.

“Critical funding for transit capital projects needs to be addressed. In addition, long-term funding certainty is key to support and plan for multi-year transit and transportation investments. While this bill is a six-year bill, there still lacks an identified funding mechanism to sustain the program for the six years,” said Kimberly Cella, CMT Executive Director.

According to James Corless, Transportation for America, local control is also a missed opportunity in this bill.  “The bill represents a major missed opportunity to give cities, towns and local communities of all sizes greater access and control over federal transportation dollars. We were disappointed to see a bipartisan amendment from Representatives Davis (R-IL) and Titus (D-NV) fail to be included in the final bill approved by the committee; an amendment that would have directed more funding to towns and cities of all sizes and increased transparency in how projects are selected,” said Corless.