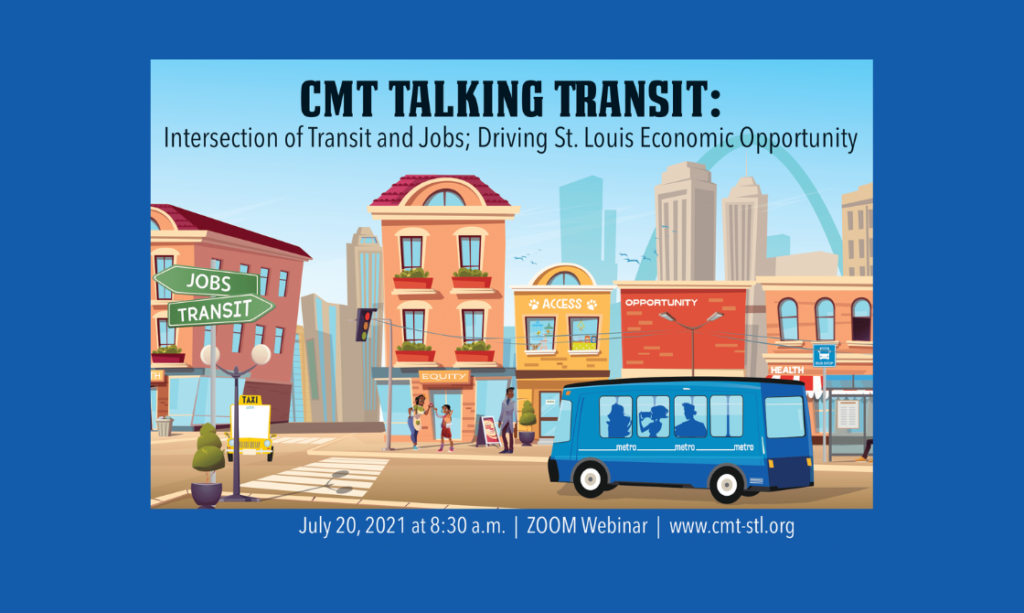 Transit will play a key role in the success of the recently released 2030 Jobs Plan, according to the panelists of CMT’s Talking Transit event, held on Tuesday, July 20, at 8:30 a.m. via Zoom, to highlight the “Intersection of Jobs and Transit; Driving Economic Opportunity in St. Louis.” The discussion focused on the role public transportation plays in driving economic opportunity by increasing access to quality, living-wage jobs, and reducing disparities in employment and wealth generation.

“This conversation hit on the nexus of job creation and transit investment,” commented Kimberly Cella, executive director of Citizens for Modern Transit.

June McAllister Fowler, Senior Vice President, Communications, Marketing and Public Affairs at BJC HealthCare noted, “Transit matters. We hire everyone from brain surgeons to people who don’t have their GEDs yet.  Transit is the great connector to get people to jobs.”