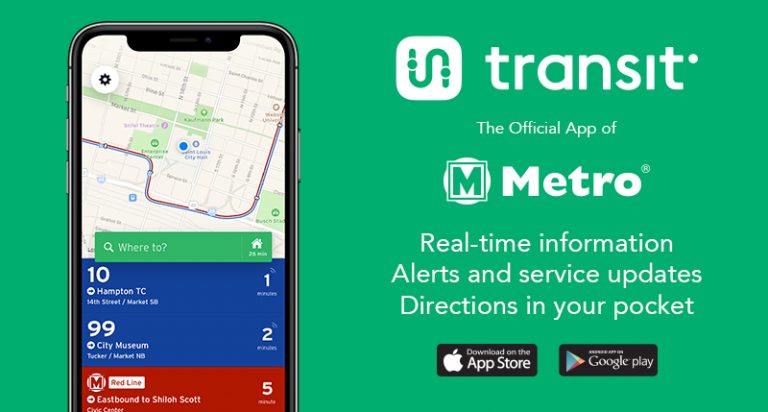 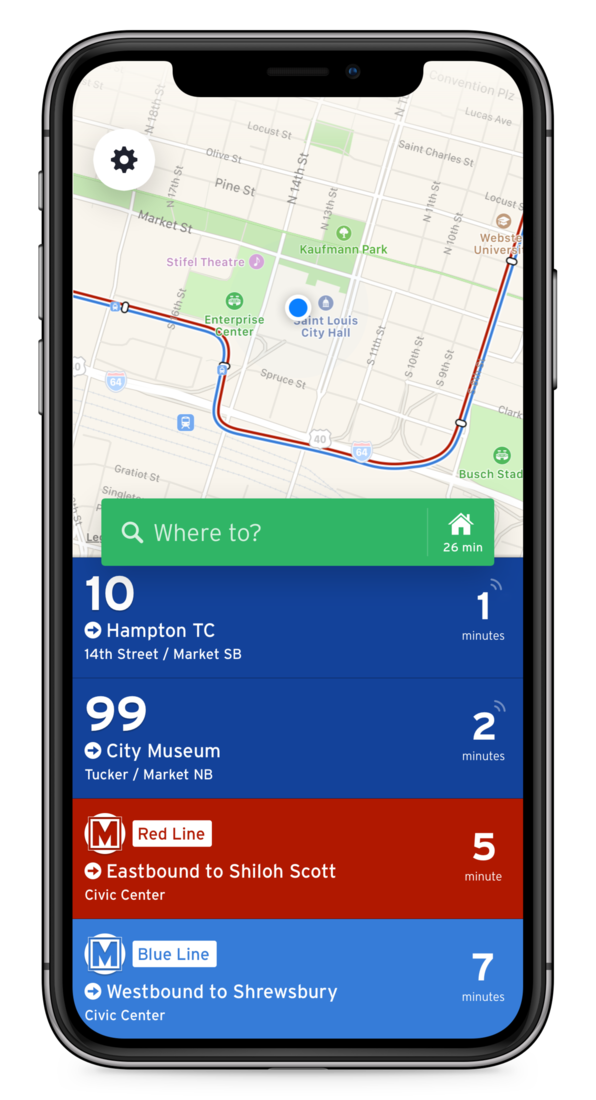 Metro Transit has announced Transit as the official real-time information and trip-planning mobile application for the St. Louis region’s public transportation system. Transit counts millions of active users in more than 175 cities worldwide, including tens of thousands in Metro Transit’s service areas: the City of St. Louis and St. Louis County in Missouri, and St. Clair County in Illinois.

With the app, Metro riders can see nearby transit options and departure times in big text and bright colors. Users can navigate the region, aided by real-time MetroBus tracking, trip planning, and step-by-step navigation with Transit’s GO feature.

Transit also offers first and last-mile connections to Metro with its Transit+ feature. For certain trips, Transit will suggest taking an Uber or Lyft part of the way, and connecting with MetroBus or MetroLink service. This feature allows users to plan, book, and pay for a ride-sharing trip, while getting real-time updates on their Metro connections.

Metro joins dozens of other public transit agencies throughout North America that have partnered with Transit, including Boston’s MBTA, Baltimore’s MDOT MTA, Tampa Bay’s PSTA, Silicon Valley’s VTA and Montreal’s STM. Additionally, Metro will receive usage data and customizations, such as adding the ability to text, call or email Metro customer service from directly within the app.

Transit is available to download for iPhone and Android at transitapp.com or metrostlouis.org/transitapp. Transit will replace the Metro On The Go app, which was launched in 2015. Metro On The Go will be discontinued and no longer supported after April 30, 2019.