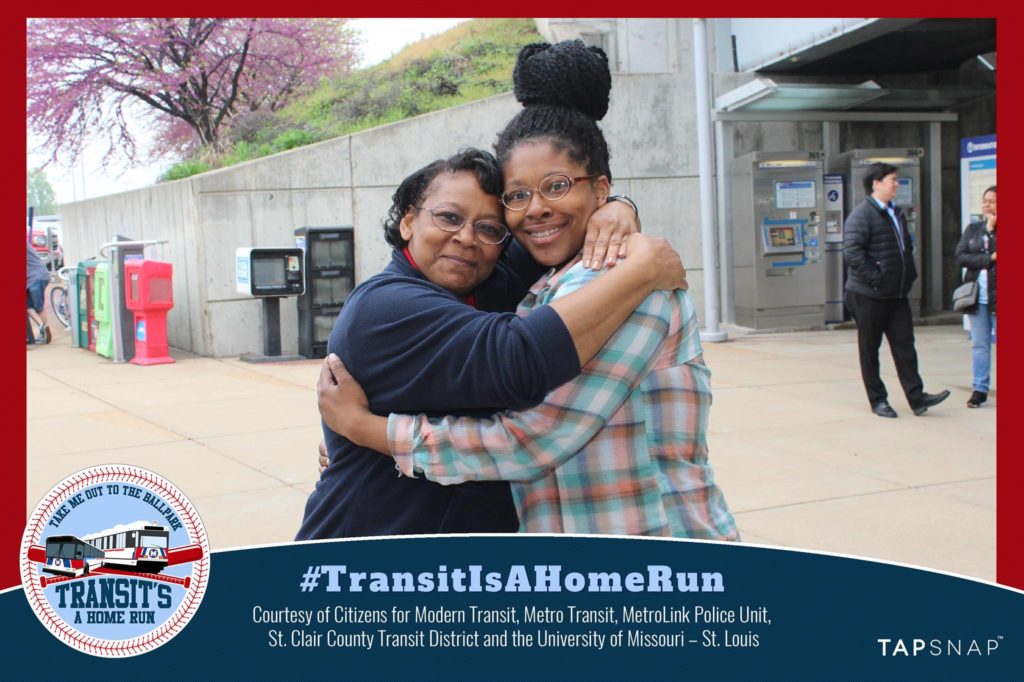 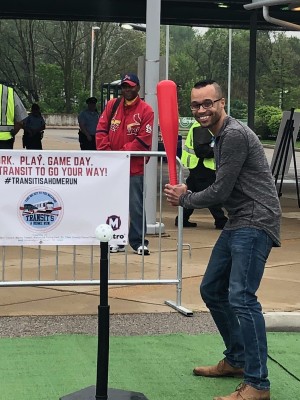 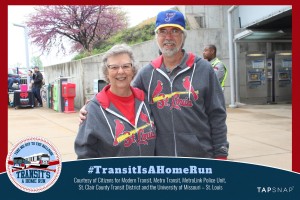 Citizens for Modern Transit, Metro Transit, the MetroLink Police Unit, St. Clair County Transit District and University of Missouri – St. Louis  teamed up to brag about the advantages of public transit and thank riders for choosing transit to get to the ball game. On Wednesday, April 24, from 9 a.m. to 11 a.m., representatives of these partnering organizations were at the Shrewsbury-Lansdowne I-44 Transit Center, North Hanley Transit Center and Fairview Heights Transit Center handing out thousands of Cracker Jack® bags that boasted why “Transit is a Home Run.” Officers from the MetroLink Police Unit and Metro Transit Public Safety randomly distributed branded earbuds to passengers on MetroLink trains.

The TapSnap™ Studio Photo Booths at each location was a big hit with riders, showing off their game day spirit and enthusiasm for public transit at each site. Riders were able to get a commemorative game day photo taken to share on social channels explaining why #TransitIsAHomeRun, and one to take home with them as well. The Shrewsbury-Lansdowne I-44 Transit Center also featured additional fun with a mini home run derby game set up.  Riders that hit a home run were entered into a drawing for Cardinals memorabilia and tickets to a future game. Plus, Jordan from Z107.7 FM was on hand with music and a chance to win either a Google Home Mini or Echo Dot, both of which keep people connected to baseball and local public transit news and resources.