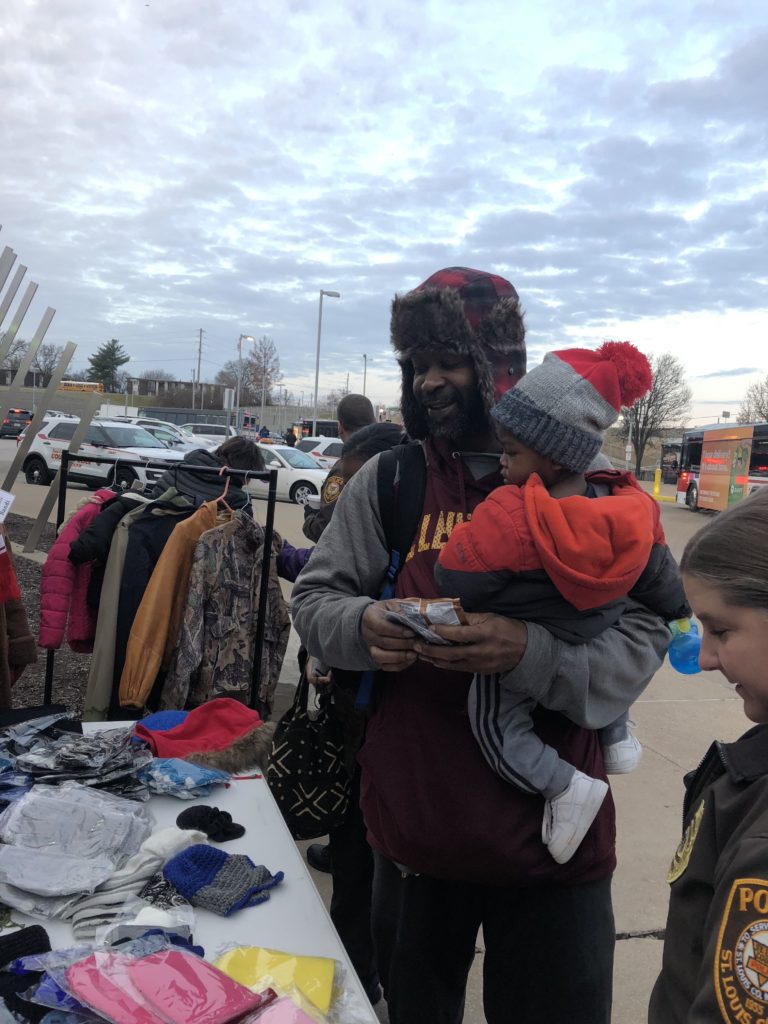 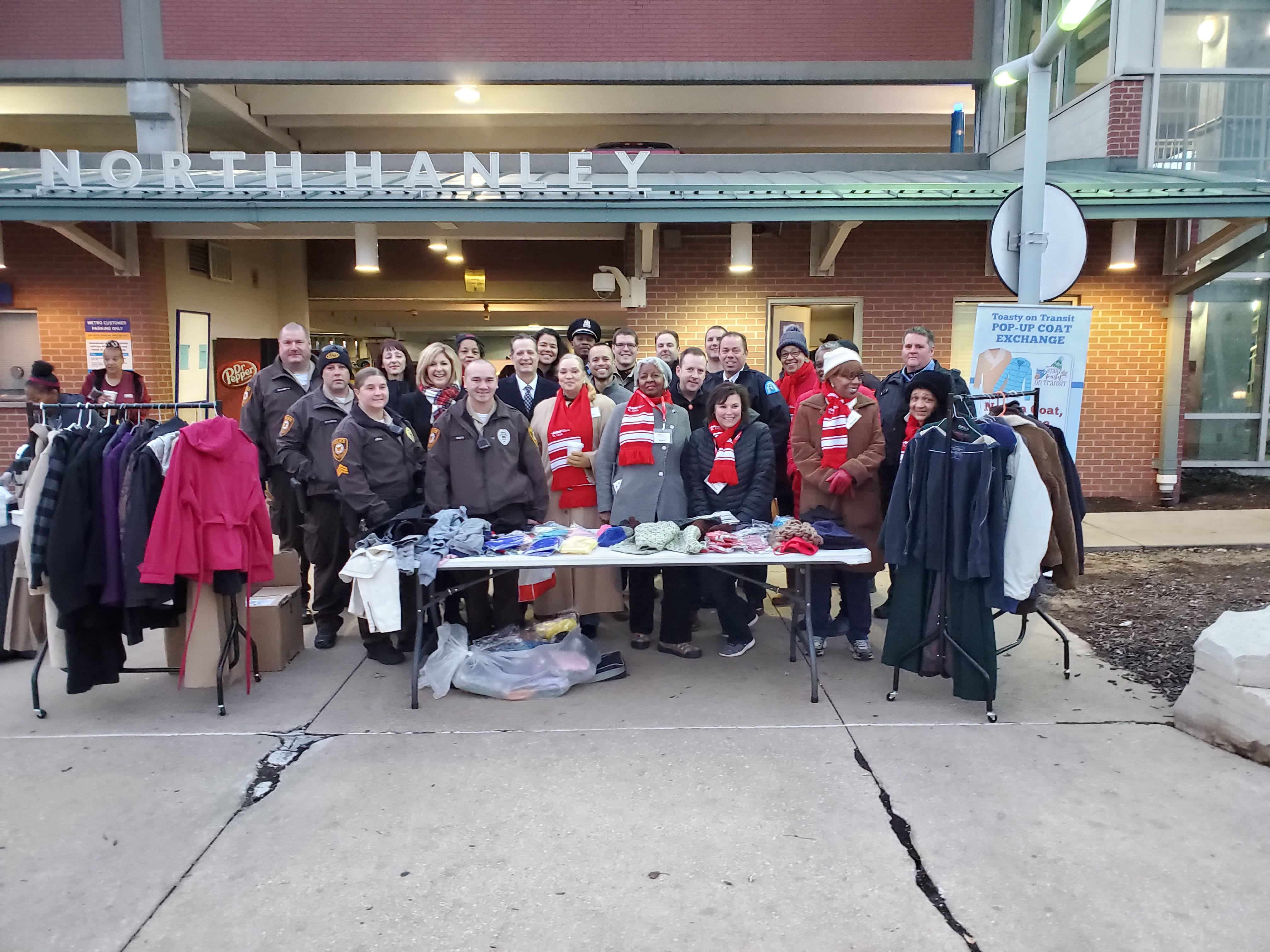 The Toasty on Transit Pop-up Coat Exchange officially kicked-off this morning with a rider appreciation event at all three locations – Belleville and North Hanley MetroLink Stations as well as the North County Transit Center. Representatives of the partnering organizations – Citizens for Modern Transit, the Bureau of Transit Police,  Metro Transit, Metro Transit Public Safety, St. Clair County Transit District, AARP St.  Louis and University of Missouri–St. Louis were onsite distributing holiday cookies and hot chocolate from 6:30 a.m. to 8:00 a.m. on Friday, Dec. 6. Throughout the remainder of the day, the Bureau of Transit Police and Metro Transit Public Safety continued to randomly distribute hats and gloves to commuters along the MetroLink alignment.

The Pop-up Coat Exchange will be in place at each of the three locations until December 20, 2019, and feature options for men, women, and children. The assortment will vary on a daily basis and is subject to the number of coats taken versus left behind.

Riders were delighted to be greeted by volunteers from partnering organizations and officers from the Bureau of Transit Police handing out cookies, and encouraging riders to browse the coat selection available. Several riders stopped by for a pair of gloves and a cup of hot chocolate before continuing on their commute.  This event highlighted that transit is a viable transportation option in the St. Louis region, especially in the winter months and during inclement weather.