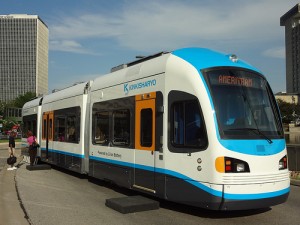 The U.S. Department of Transportation (USDOT) recently announced the award of $474 million in TIGER grants to 52 projects in 37 states.    This year there were 585 applications requesting more than $9 billion in funding.  In total, the program, in its fifth year of awards, has provided more than $3.6 billion to 270 projects.  Kansas City was the biggest winner this round with a grant for $20 million for the Downtown Streetcar project.

The top five awards were all city projects. In fact, nearly all of the awards went to cities, counties, or ports. Few grants went to State DOTs.