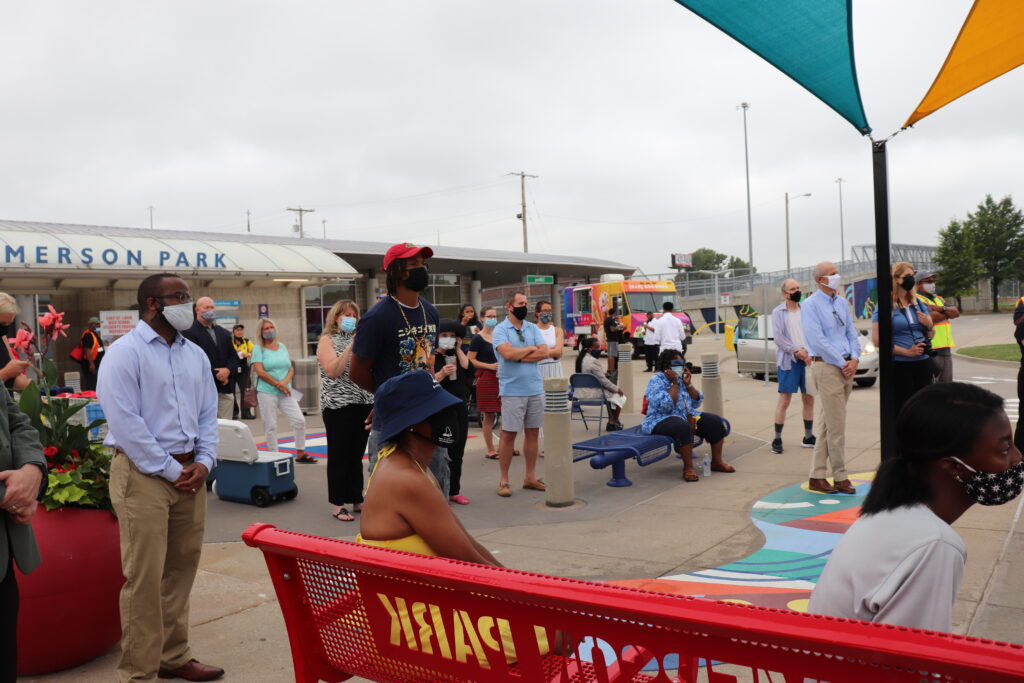 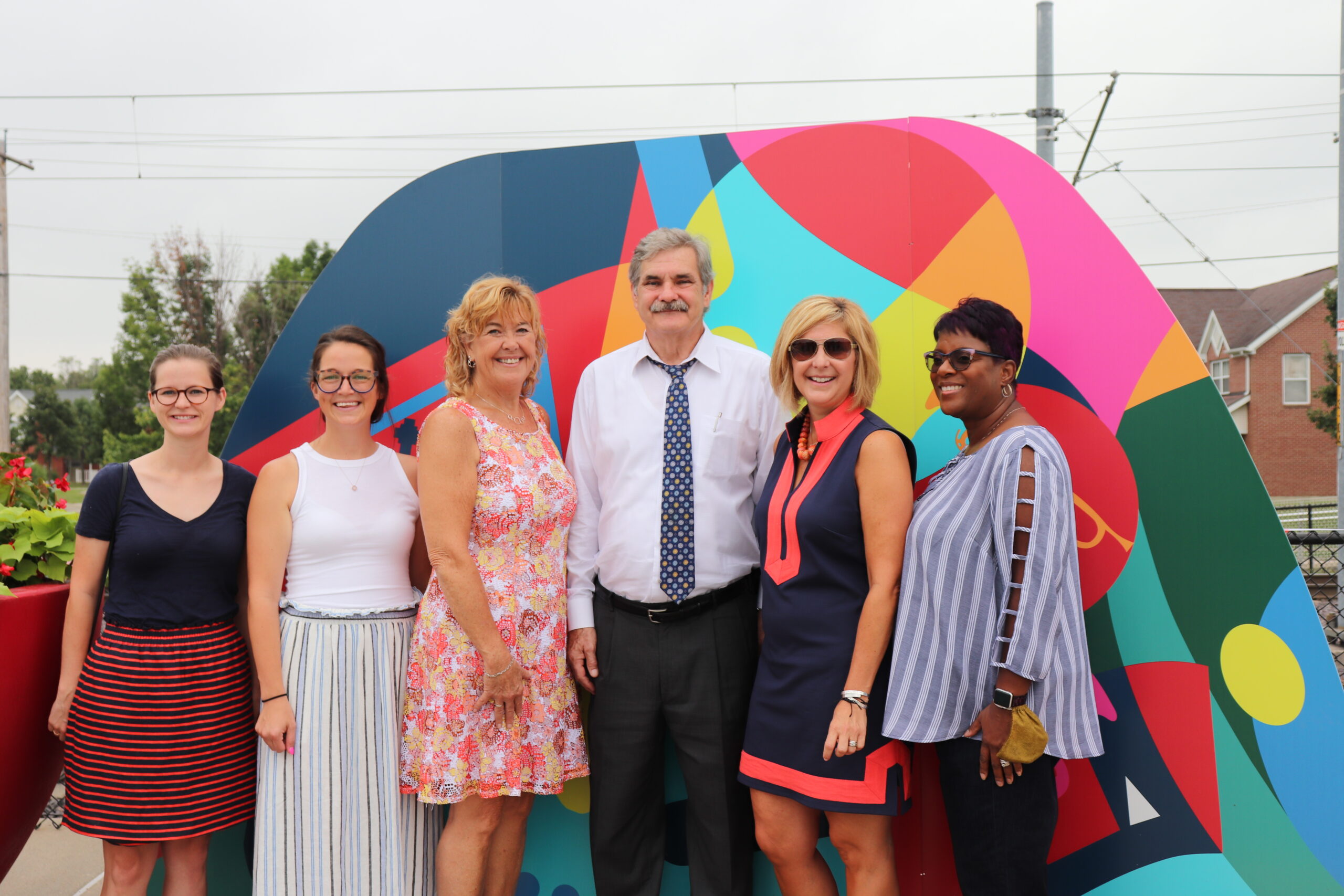 Citizens for Modern Transit (CMT) – in partnership with St. Clair County Transit District (SCCTD), AARP in St. Louis and Metro Transit – today unveiled the “Transit Stop Transformation” Project at the Emerson Park Transit Center in East St. Louis. A community celebration was held at the site from 9 a.m. to 10:30 a.m. featuring formal remarks by local officials and stakeholders, special recognition of East St. Louis High School students who helped inspire the vision behind the mural, a ribbon cutting ceremony and the ability to explore the new space, while listening to music and enjoying complimentary Pirtles’s Ice Cream. The opening comes after a months-long process of getting input from transit riders, area residents, elected officials and stakeholders through a series of virtual Design Workshops, surveys and community events – and completing construction.

“When we arrived last fall, we were faced with a sea of grey – from the walls to the concrete,” said Kimberly Cella, executive director of Citizens for Modern Transit. “Today, we welcome you to a completely transformed area that is a colorful, inviting, interactive, vibrant space that is sure to energize transit riders and the community at large.” 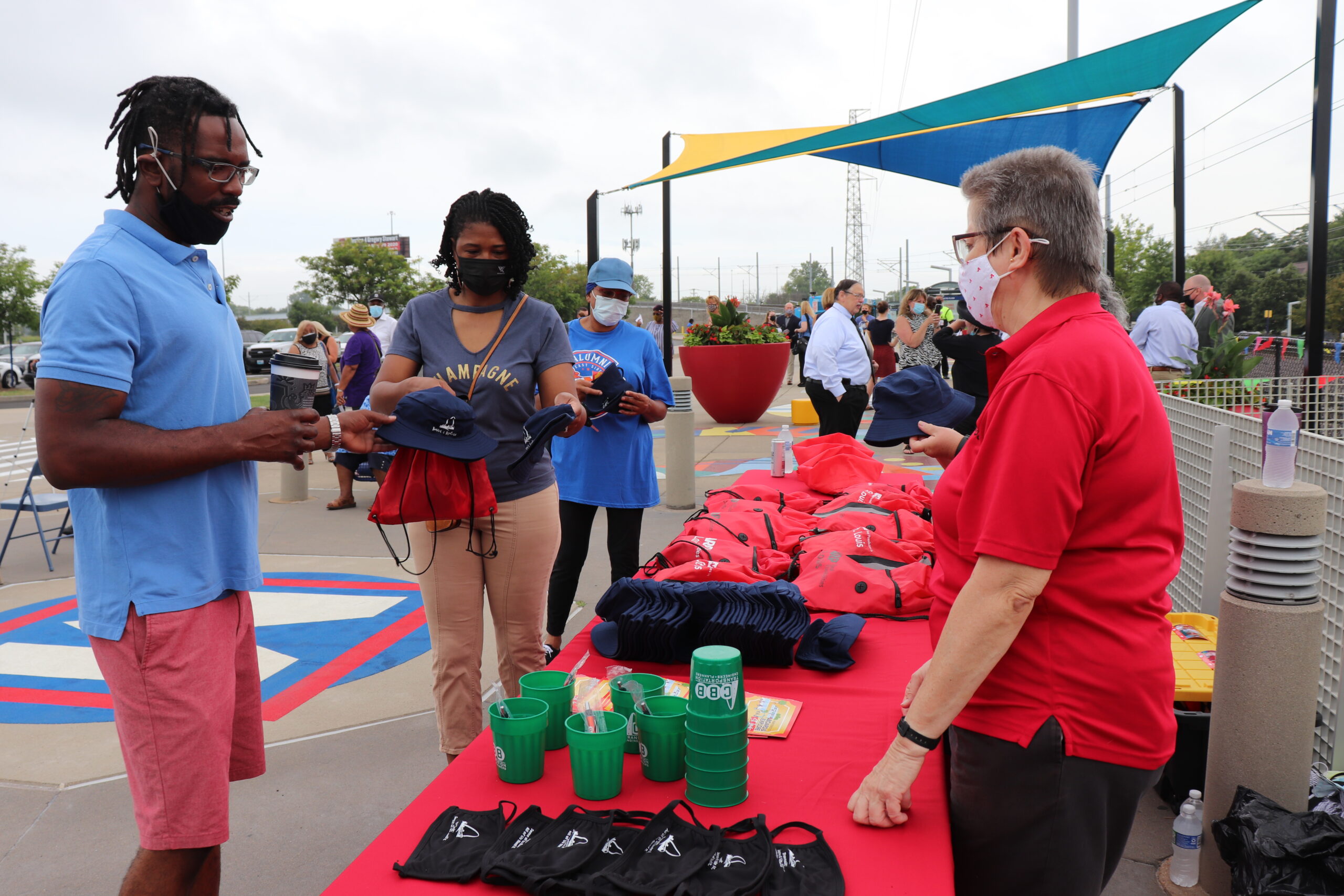 The project team overseeing the “Transit Stop Transformation” Project at the Emerson Park Transit Center converted the concrete area between the bus bays and MetroLink entrance into an interactive, playful, engaging space that boasts a vibrant-colored jazz theme, spaces to gather, greenery, shaded seating, canopies and a mural inspired by design concepts that were submitted by East St. Louis High School students. The project serves as an extension to Citizens for Modern Transit and AARP in St. Louis’ ongoing efforts to raise awareness about “placemaking” around transit. This is a concept that transforms places people simply pass through in route to their next destination – like MetroLink and MetroBus Transit Centers – into active, engaging corridors that connect individuals and neighborhoods by offering access to products, services, activities and green space.

“AARP’s goal is to ensure livable communities for all ages, and projects like this are critical to making sure transit is more a part of the fabric of the community,” noted Sheila Holm, community outreach director for AARP in St. Louis. 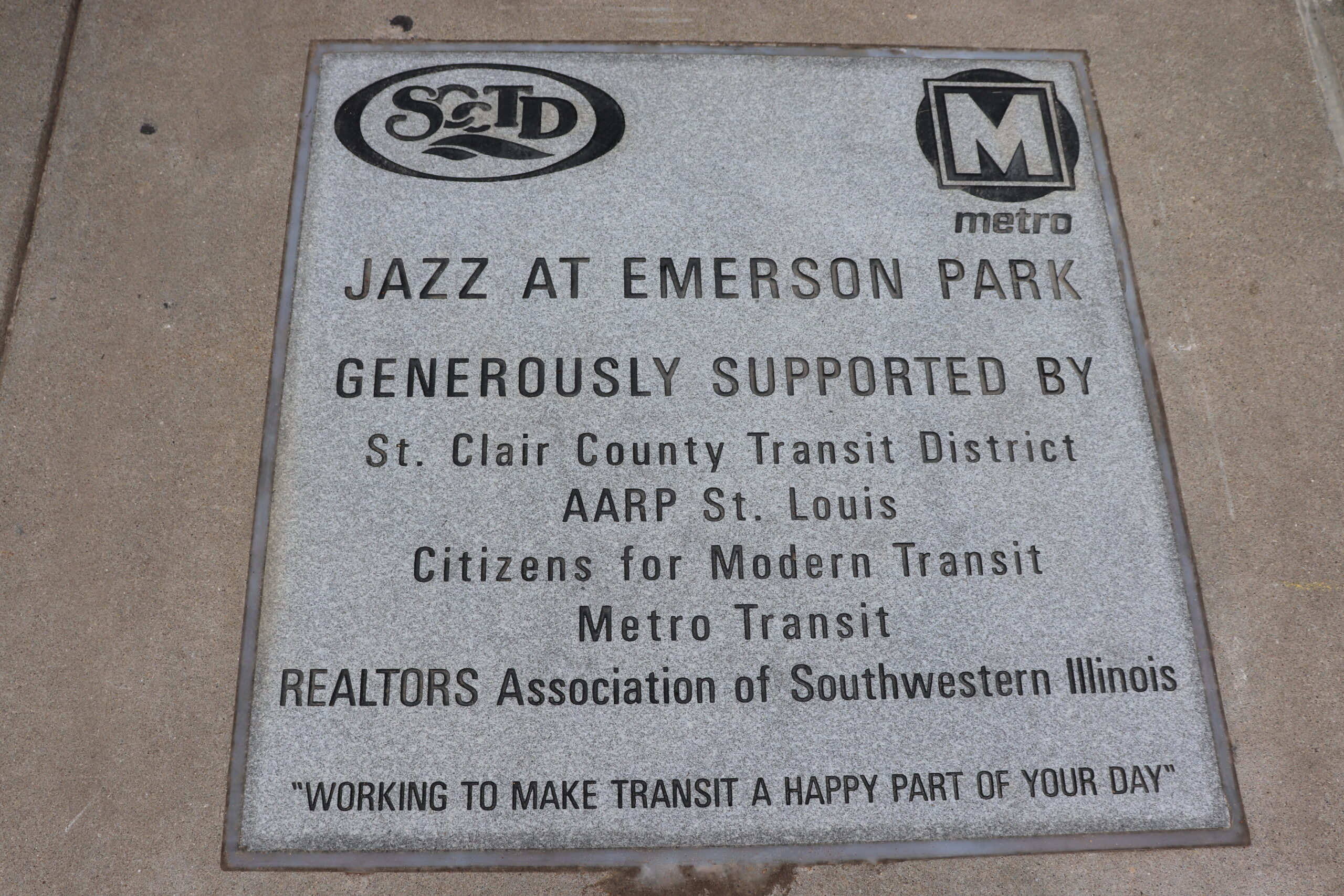 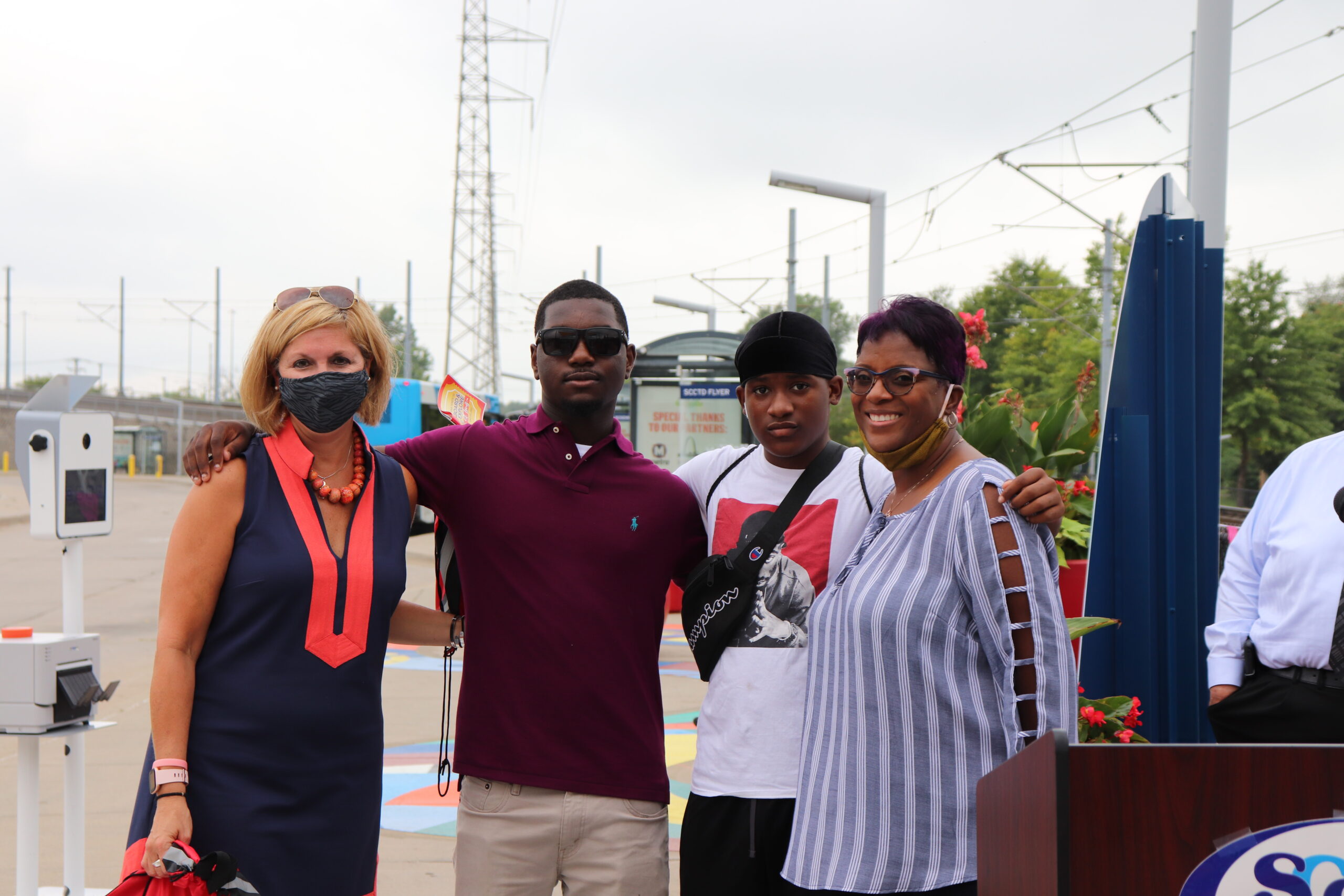 The “Transit Stop Transformation Project” at the Emerson Park Transit Center is the second project of its kind in the St. Louis metropolitan area. Last summer, a MetroBus Stop in Maplewood, Mo., was transformed and now boasts enhanced bus shelters, a public art installation, a hopscotch game, vibrant colors, improved lighting and sightlines, and better access to surrounding green spaces. Additional projects of this type are in the works. Citizens for Modern Transit has a Pilot Funds Program to assist with such projects.