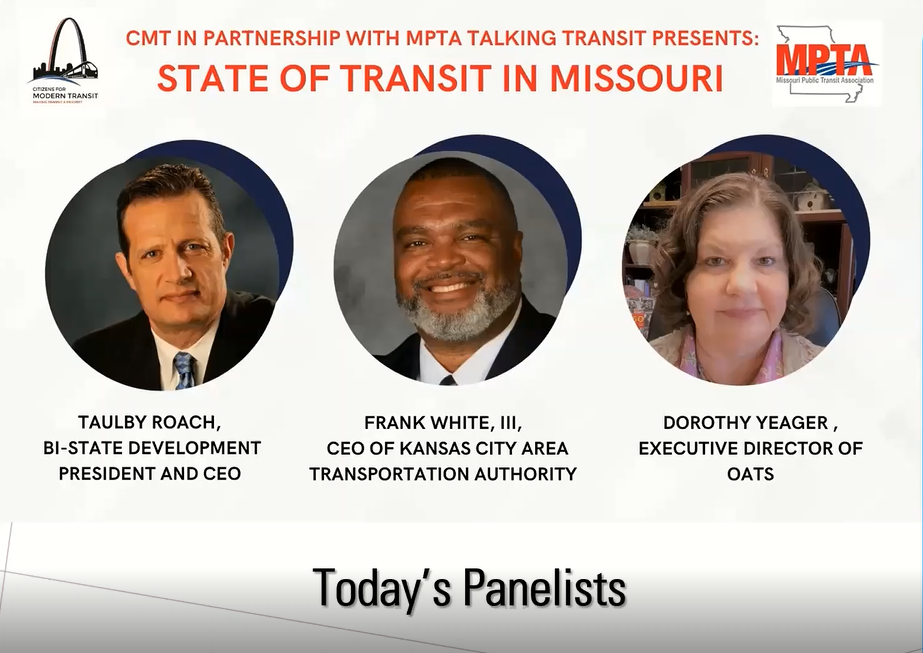 Citizens for Modern Transit (CMT), in partnership with the Missouri Public Transit Association (MPTA), held a virtual “Talking Transit” event on Thursday, Oct. 27, that highlighted the state of transit in Missouri.

As noted in the introduction, this presentation came on the heels of a historic win at the Missouri State Legislature this year that increased state funding for the first time in two decades. Per capita spending on transit in Missouri has now risen from 28 cents to $1.41, which represents a 400 percent increase. This is imperative, but more local funding will be needed to secure available federal funds. The $1.2 trillion Infrastructure Investment and Jobs Act is providing $91 billion in federal funding for transit over the next five years. For Missouri transit providers to secure these federal funds, a 50:50 match for transit operations and an 80:20 match for capital programming is required. Additional state funding is needed to maximize the state’s ability to secure needed funds. Funding, however, isn’t the only challenge. A shortage in operators is a critical problem influencing service capabilities. 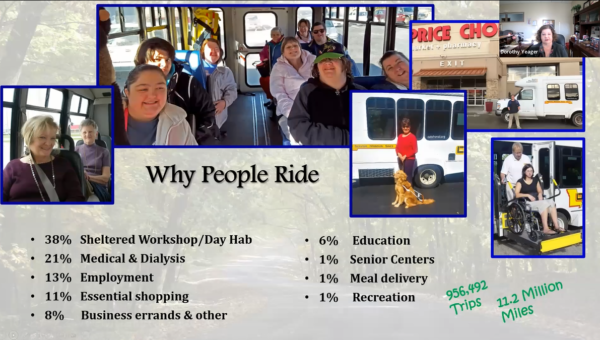 Those listening in on the panel discussion heard from Taulby Roach, President and CEO of Bi-State Development, which operates Metro Transit for the St. Louis region; Frank White, interim CEO of KCATA in Kansas City; and Dorothy Yeager, Executive Director of OATS, the largest rural transit provider in the country. The panel was moderated by Kimberly Cella, Executive Director of both Citizens for Modern Transit and the Missouri Public Transit Association.

Common themes were expressed by the three panelists, who represent urban and rural transportation providers. These themes include change, challenge, opportunity and optimism as they work to get people where they need to go – not only now but in the future.