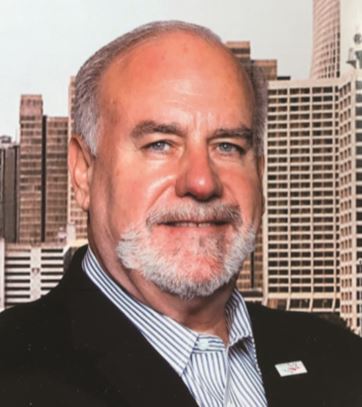 St. Clair County Board Chairman Mark Kern has appointed Terry Beach to represent St. Clair County on the Bi-State Development Board of Commissioners. Beach will serve the remainder of Michael Buehlhorn’s term which expires in January 2021. Buehlhorn resigned his position after serving nearly nine years in various capacities on the board, most recently as Chair.

“We look forward to working with Mr. Beach and believe his economic development experience and expertise will be a great asset to our Board of Commissioners,” said Taulby Roach, Bi-State Development President and CEO.

Beach, who lives in O’Fallon, Illinois, is a life-long public servant. After retiring a year ago, he started a small consulting business representing an industrial product manufacturer based in Ontario. His career as a dedicated public servant spanned 44 years, with the last 15 of those years spent as the Economic Development Director for St. Clair County. He also served as Executive Director of the St. Clair County Intergovernmental Grants Department for the last four of those 15 years. In that role, he supervised a staff of nearly 40 and managed federal and state grant programs, including the Community Development Block Grant Program (CDBG), Workforce Innovation and Opportunity Act Grants (WIOA), Community Services Block Grant (CSBG), and homeless funding. Beach managed six offices located in five counties in Southwestern Illinois.

Beach received the 2018 Lifetime Public Service Award from the East-West Gateway Council of Governments. He remains active in local, regional, and national organizations and associations, including the International Economic Development Council. Beach is a former Board Member of the World Trade Center STL, Big Brothers-Big Sisters of Southwestern Illinois, and the YMCA of Southwest Illinois.

Buehlhorn joined the Bi-State Development Board of Commissioners in February 2011, representing St. Clair County, and held the offices of Chair, Vice-Chair, Secretary and Treasurer as well as served as chair of the Operations Committee and president of the Research Foundation.

“Mike is a well-respected transit decision-maker who has faithfully supported the efforts of Bi-State Development and its enterprises over the past nine years. He has helped make our organization and the region a better place. We are grateful and humbled by his dedication, service, and support of St. Clair County taxpayers and residents, transit riders, our organization, and our team members, and his fellow Board commissioners,” Roach said. “He did not hesitate to ask the tough questions and to push us on occasion to do better.”

Bi-State Development’s 10-member Board provides overall leadership and policy direction for the organization and is comprised of five members from Illinois and five from Missouri. In Missouri, the governor selects members of the Board. In Illinois, county board chairmen for both St. Clair and Madison Counties appoint their representatives.