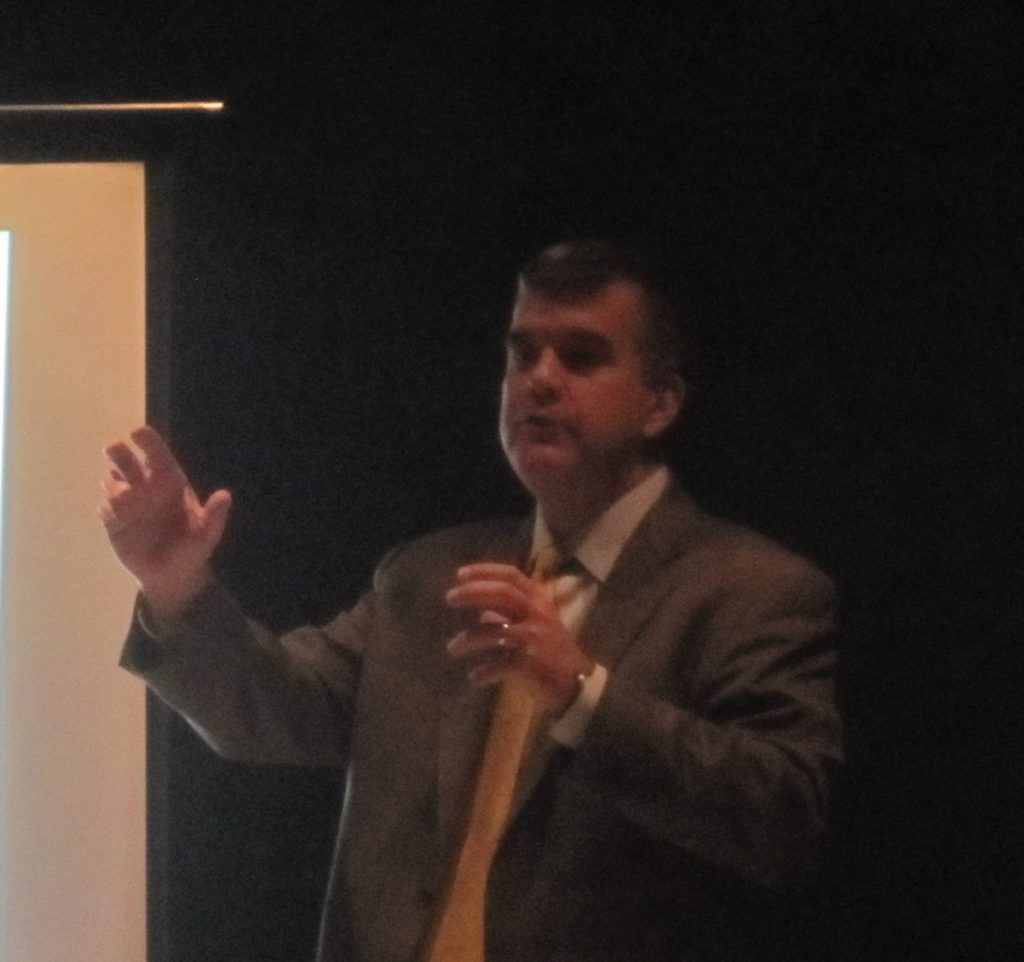 Last night’s first “Tapping Into Transit” event highlighting High Speed Rail in the Midwest  proved to be a enlightening way to build the conversation surrounding expanded and enhanced public transportation in the region.  More than 60 community members, local stakeholders, students, professionals, and Mayor Francis Slay gathered at the Sheraton Hotel to hear from Rick Harnish, the Executive Director of the Midwest High Speed Rail Association, about where higher speed rail is between St. Louis and Chicago and what is on the horizon for high speed rail (220 m.p.h.) in the future across the country.

After initially polling the audience with the question, “What would you like to see in terms of improved train service between St. Louis and Chicago?,” answers ranging from increased frequency of trains, higher speed trains and better amenities appeared as the major ‘wants’.  Rick noted that currently, the University of Illinois at Urbana-Champaign is a leader in researching high speed rail in the Midwest (particularly to better connect Illinois’ higher education institutions) through their Rail Transportation and Engineering Center. His hope is to see a university in Missouri take a similar initiative in the near future.

At the end of the evening, the take-away for anyone with a vested interest in seeing higher/high speed rail move forward in Missouri, and across the U.S., was to contact local elected officials.  Public transportation needs to be a priority.

Stay tuned for the next  “Tapping into Transit” in the Spring.