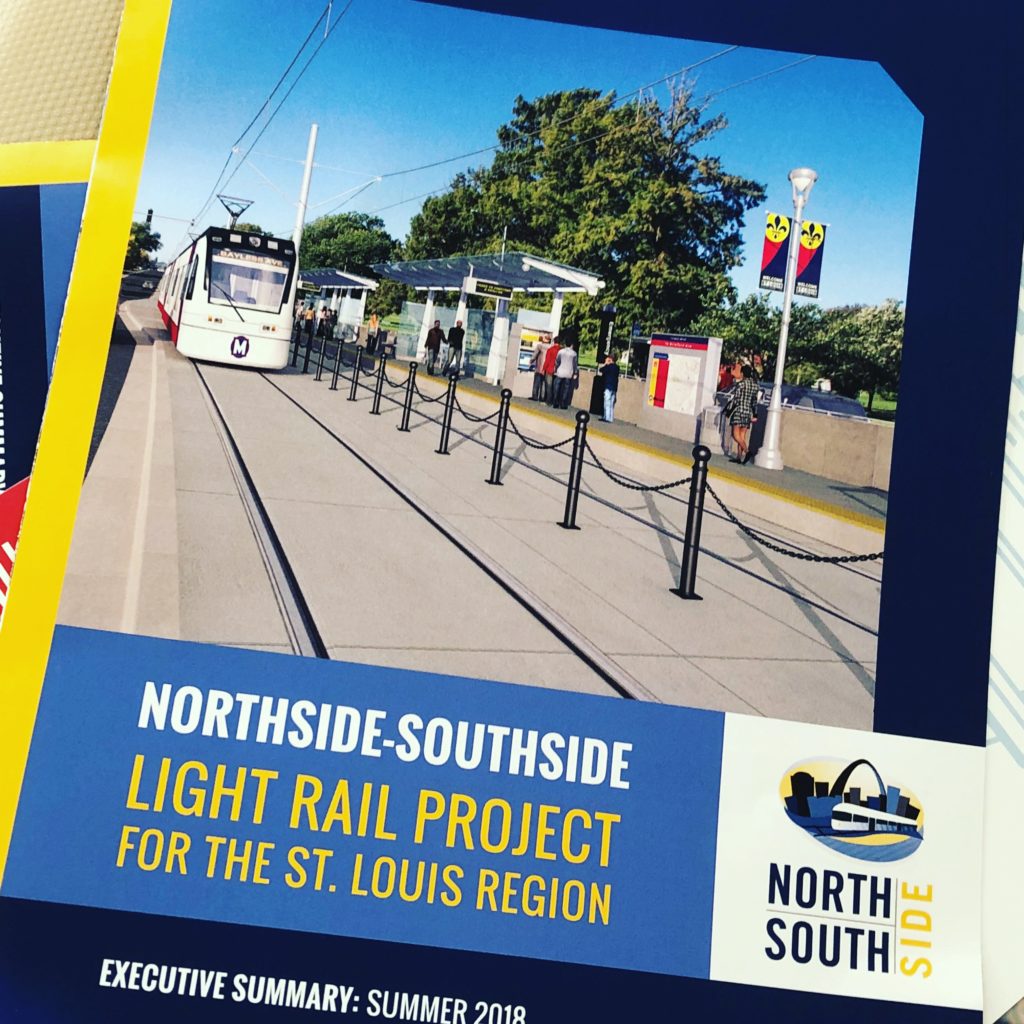 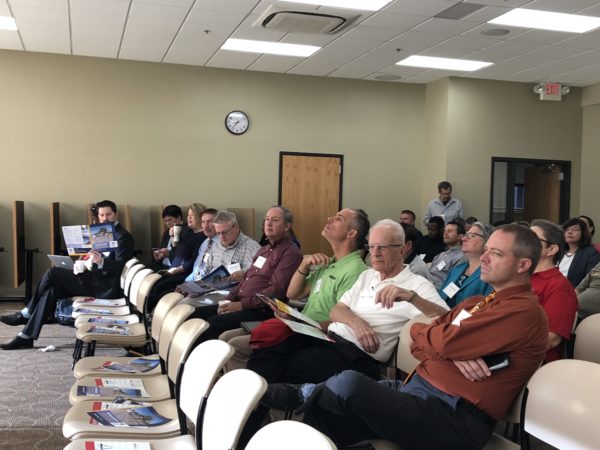 Citizens for Modern Transit teamed up with St. Louis Community College to present the latest edition of Talking Transit on Sept 13 highlighting the results of the  Northside/Southside MetroLink Study.  Project Manager Dan Meyers with AECOM laid out the results of the 18 month study including recommendations and financing options.

The Northside- Southside Study was an 18-month effort, led by the East-West Gateway Council of Governments, to study light rail investment in the corridor connecting Goodfellow and I-70 on the Northside of St.  Louis to Bayless and I-55 on the Southside.  The study built on the recommendations of a 2008 study.  In August, the East-West Gateway Board adopted a preferred first phase of the locally preferred alternative for the corridor.  The alternative would operate from  Grand Ave and Natural Bridge on the northside, along 9th and 10th Streets downtown, to Jefferson Ave/Chippewa Street on the southside.   This 8+ mile initial investment would cost approximately $667 million (in 2017 dollars) and would add 16  stations to the alignment. The goal was to stay within a $700 million budget for the initial project.

According to the consulting team led by AECOM, this extension would serve 47,000 residents, provide access to 65,000 jobs and serve 9,000 daily transit riders.   There are also two alignment options (Cass or Florissant Ave.) through North St. Louis to serve NGA that will be studied in further in future project phases. Cass Avenue is the preferred alignment going into the analysis. Meyers indicated forecasts show approximately 40 percent of the ridership total would be new riders to transit. 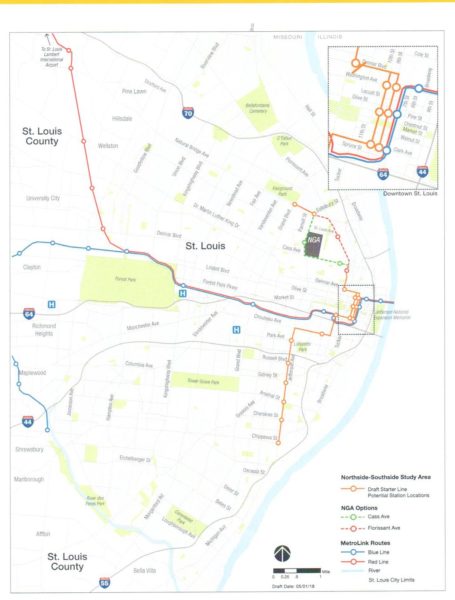 Meyers outlined a likely funding scenario for this project using local and federal sources.  Proposition 1, the 1/2 cent economic development sales tax passed in April 2017 in the City of St. Louis, dedicates 60 percent of its revenue to Northside Southside project construction.  The study also assumed that federal funds would be sought through the New Starts Capital Investment Grant Program, administered by the FTA, and that 50 percent of the project costs would be covered by this program.  With current local funding levels, approximately 80 percent of the Northside-Southside construction costs can be met.  The remaining funding gap could potentially be covered by STP funds, CMAQ, or some other state or local funding sources.  Meyers said that having roughly 80 percent of the funding sources established at this point in the project is positive and that this project scores well for the New Starts Criteria in several areas including ridership, economic development opportunities and level of ridership dependency in the corridor.  The project timeline shows environmental studies and project development could begin as early as July 2019. Annual operating costs funding sources will need to be determined as well.

More information can be found at www.northsidesouthsidestl.com