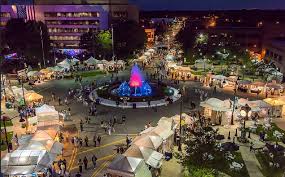 Art on the Square is a juried fine art show located in beautiful downtown Belleville, Illinois. Now in their 17th year, Art on the Square is held annually the weekend after Mother’s Day.  The celebration features the original work of over 100 accomplished international artists, musical and stage performances as well as local food and drink. 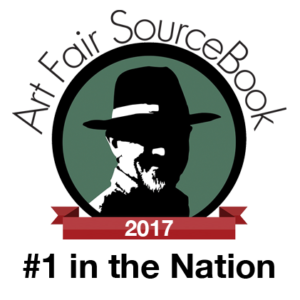 This event is completely accessible by transit!  A shuttle bus is scheduled to arrive at the Belleville Scheel Street MetroLink station 10 minutes before the Art on the Square start times listed for each day and will make the round trip every 15 minutes throughout the day. The final trip each evening will leave from Main Street 20 minutes after the day’s events are scheduled to end. The shuttle ends at East Main Street & North Jackson Street.

This family friendly event also offers children the chance to enjoy Art on the Square’s interactive Children’s Art Garden where they can create their own take-away art projects.

Each year between 800 and 1,000 artists apply to Art on the Square. Through the jurying process, 105 are chosen to participate. During the fair, a panel of judges considers the exhibited work and $30,000 of prize money is awarded. Also, prior to the show upwards of $100,000 of pre-purchase art cash is sold. This cash is used by patrons to purchase art at the fair. For the past several years, more than $1,000,000 of art has been purchased and participating artists are very pleased with their experiences. Several refer to Art on the Square as a “gem of a show where they do everything right.”