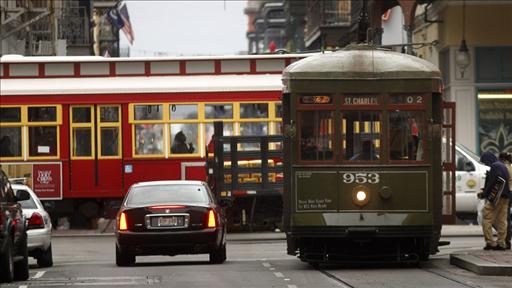 Across the country, cities in the U.S. are putting dollars towards streetcar systems to revitalize their downtown neighborhoods.  These projects are receiving major support, but also some skepticism.  In Caroline Porter’s Wall Street Journal Article, she says, “Proponents say the streetcars would boost economic growth and catch the fancy of younger generations.”  Most of the push back comes from cities, whose funding for these projects is suggested as coming from additional tax revenue.  Kansas City voters, for example, just elected to have a special taxing district to fund their streetcar project over the next two decades (see CMT’s prior blog post).

“Streetcars, which typically run as single-car, electric-powered units on steel tracks in a condensed area, once were a common part of the urban landscape. But most cities’ tracks were ripped out to make more room for automobiles on busy streets.”  Streetcars differ from trolleys (tend to be vintage vehicles which cater to tourists) and light-rail systems (typically transport people in multiple cars to and from a city’s suburbs and carry more people.

“The revival in streetcar projects comes in part because of federal backing. In 2009, Transportation Secretary Ray LaHood pledged $280 million for urban-transit projects, such as streetcars. During the past four years, the Department of Transportation doled out more than $450 million to 12 streetcar projects across the country, according to the Federal Transit Administration.”