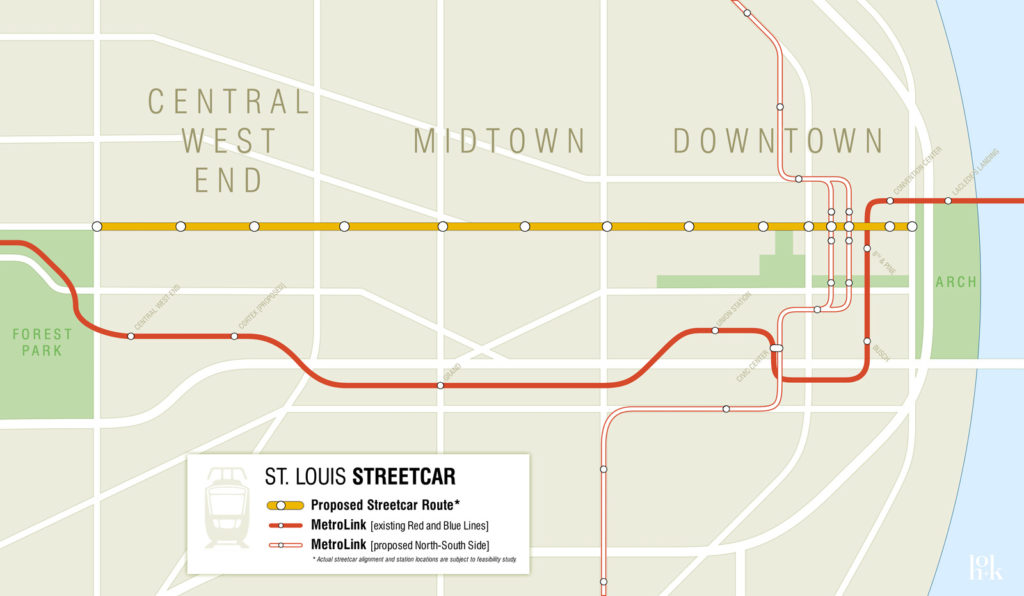 Is a modern streetcar system headed to Downtown St. Louis? The Partnership for Downtown St. Louis (Partnership) released a Request for Qualifications today for a streetcar feasibility study for connecting the areas of Downtown, Midtown, Central West End, and Skinker-DeBaliviere in the City of St. Louis.

According to The Partnership, the proposed streetcar will strengthen the region’s transit system by feeding into current and proposed MetroLink and MetroBus lines; solidifying existing and spurring additional economic investments. With the streetcar line’s frequent stops along the central east-west corridor, the line will complement the MetroLink route. With the efforts for the Loop Trolley, the ability to connect the two lines would benefit both efforts and enable riders to go from Downtown to University City by streetcar.

To view the entire RFQ, http://www.downtownstl.org/docs/StreetcarRFQ.pdf.