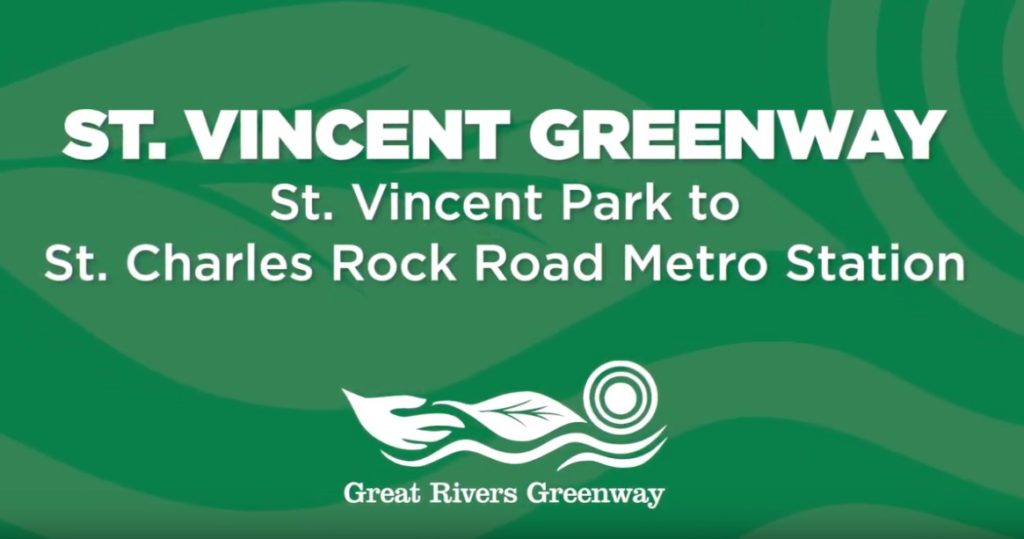 Great Rivers Greenway recently released a three-dimensional video tour of their 0.5-mile connection from the Rock Road Metro Transit Center to St. Vincent County Park, a project they are working on with the Missouri Department of Transportation, Bi-State Development, St. Louis County Parks, and the City of Pagedale.  This project is a critical connection that will provide a paved, accessible space for people to walk, ride bikes or use a wheelchair between the St. Charles Rock Road Metro Transit Center, St. Vincent County Park, and businesses along the way.

This project is being coordinated with the Missouri Department of Transportation’s planned improvements to St. Charles Rock Road from the St. Louis City limits west to I-170. The virtual “walk” through the not-yet finalized project is intended to give the public a better idea of what the finished greenway segment will look like.

These shared-use paths make transit more accessible to the neighborhoods and businesses within which the station is nestled.  Transit is not meant to be an island, but a fully integrated multimodal resource for commuters of all modes.