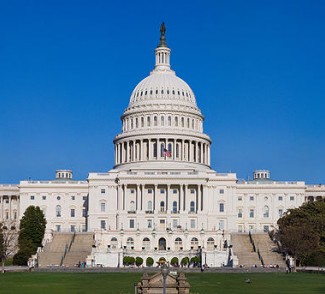 Transportation infrastructure and funding are taking center stage locally and nationally.  The House just released its 5 year, $260 billion reauthorization bill at the federal level. Locally, discussions turn to state support of transit, a possible future station at Cortex and the need to move the next light rail extension forward in the region.

Why should St. Louisans be talking about transit?  Transit is the key to moving this region forward in these economic times. For every $1 invested in transit, there is a $4 return to this region according to the American Public Transit Association.  Not many other investments being made at this time are delivering a 400% return.

More than 300 people from across the state from Citizens for Modern Transit, the Greater St. Louis Transit Alliance, Metropolitan Congregations United, SEIU, Metro, KCATA and others spent Feb. 1 in Jefferson City talking to our state leaders about the importance of this return on investment for Missouri and the importance of state funding for transit operations for both the urban and rural areas. Currently, Missouri ranks 45 out of 50 with regards to state support of transit operations.

Without state support of transit operations, Missouri transit providers are at a significant disadvantage when competing for limited federal dollars for expansion and operation of our systems.  The current proposed bill calls for $50 billion for transit over 5 years while there is $203 billion for highways.   As Congress continues to debate this bill, we know that any bill will require a local match for any transit expansion program including any new MetroLink extension or station in St. Louis.

Last year alone, Metro received little more than $200,000 from the state of Missouri – $560,000 total for all 33 transit providers in Missouri. The state’s contribution does little to provide the necessary assistance to match federal funds while local taxes for transportation are close to reaching their limits.

This is why St. Louisans need to engage in the conversation. St. Louis is seeing a rise in interest and development around the light rail infrastructure. The elected officials do not know that.  Employers are looking for more and better ways to incentivize their employees to use transit.  Transit ridership is on the rise, and with the increase in gas prices, this number is predicted to go up.  Any expansion project or new station seeking federal funds will require a local match which without state funding will be very difficult to find leaving federal dollars on the table that Missouri can’t afford to lose.

We know that the state if looking at a deficit however we know that Public transit in Missouri is not an option – it is a necessity.  Let’s get back in the game when it comes to transit, invest in public transit infrastructure and see the gains we can make!