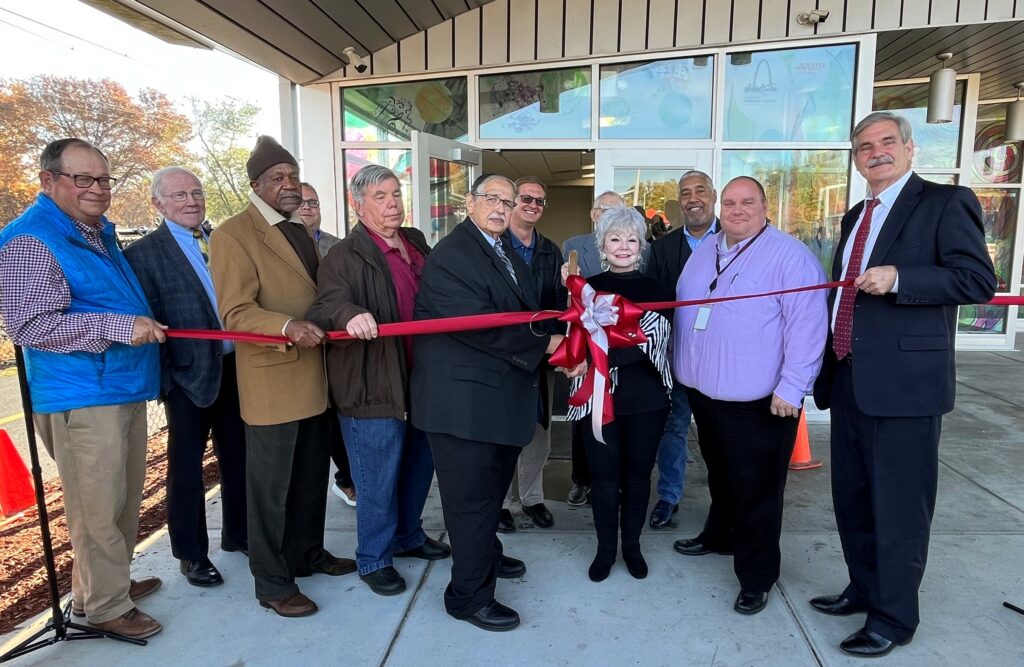 After unveiling updates made to the Belleville Transit Center in June as part of the “Transit Stop Transformation” project, the St. Clair County Transit District today celebrated the completion of an additional $348,000 in upgrades at the highly utilized station, located at 718 Scheel Street in Belleville. The improvements, which include rider amenities and office space, were made possible through an IDOT Capital Grant and local sales tax funding. A celebration got underway at 7:30 a.m., featuring an open house for riders and area residents to explore the newly revamped 2,352 square-feet of space, while enjoying beverages and sweet treats. A ribbon cutting ceremony was also held, and formal remarks were made by City of Belleville Mayor Patty Gregory and representatives from St. Clair County Transit, Illinois Department of Transportation, Chestnut Health Services and Citizens for Modern Transit.

The upgrades include two, fully renovated public restrooms; refreshed lobby space, featuring décor, comfortable seating options and window wall artwork; and office space. The office space will be used by SCCTD staff to issue Senior Citizen Transit and Benefit Access Transit Passes to riders who qualify, as well as by the four full-time and two part-time employees of Chestnut Health Systems™, which is a not-for-profit health and human services organization that provides services to transit riders challenged by mental illness, drug and alcohol addiction or homelessness. A local artist has been commissioned to create colorful, metal wall artwork which and it will be unveiled at a later date. These improvements and new amenities come on the heels of the recent completion of “Transit Stop Transformation” project at the station, which converted the concrete area between the bus bays and MetroLink entrance into an interactive, playful and engaging space, boasting a vibrant-colored “Art Grows in Belleville” theme.

“St. Clair County Transit District continually strives to sustain and grow transit ridership,” commented Ken Sharkey, Managing Director for St. Clair County Transit District. “The types of upgrades made over the last six months at this transit center have been truly transformational and positively influence riders as they utilize the MetroLink, MetroBus, SCCTD Flyer service and MetroBikeLink to get where they need to go.”