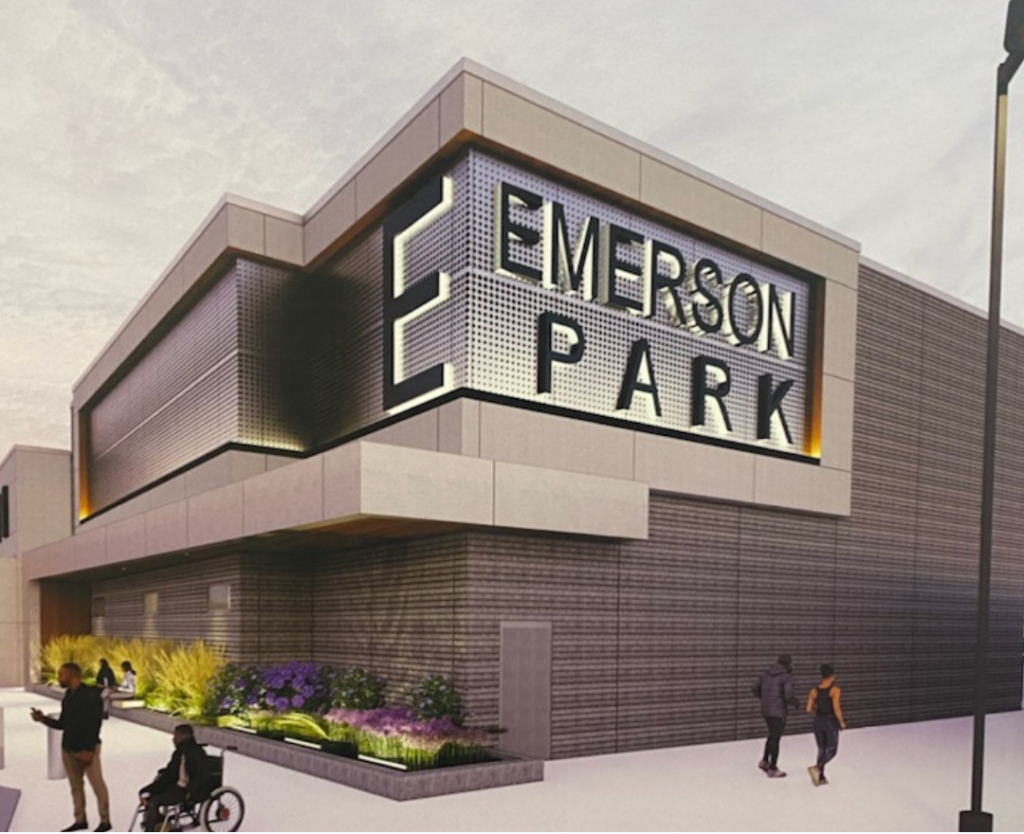 Project is Being Made Possible by “Rebuild Illinois” Grant

“Safety and security are top priorities,” commented Herb Simmons, Chair of the Board of Trustees of St. Clair County Transit District. “This facility, amenities and operations within will combine to better serve transit riders in St. Clair County and across the region’s entire integrated public transit system that encompasses 59 MetroBus routes, 46 miles of MetroLink light rail and 38 Metro Transit Centers in eastern Missouri and southwestern Illinois. We are grateful to Governor Pritzker for his foresight and willingness to invest in this resource that will help to positively influence all our local communities.”

This construction project comes on the heels of the completion of the “Transit Stop Transformation Project” at the site. In August of 2021, Citizens for Modern Transit, AARP in St. Louis, St. Clair County Transit District and Metro Transit converted the concrete area between bus bays and MetroLink entrance into an interactive, colorful, engaging space that boasts a vibrant-colored jazz theme, spaces to gather, greenery, shaded seating, canopies and a mural. St. Clair County Transit District has also made parking lot updates and implemented a $71,000 LED lighting program to improve security and cost savings.