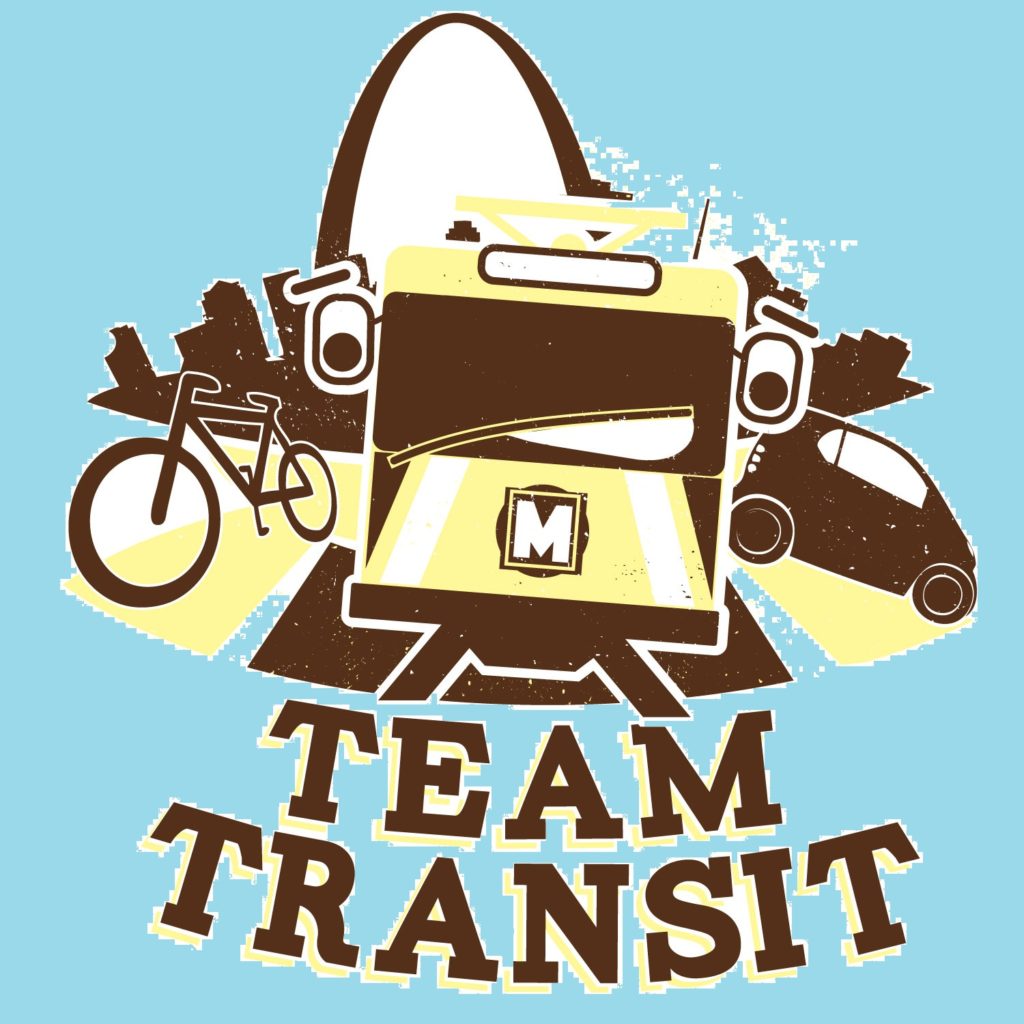 Happy New Year!  Citizens for Modern Transit (CMT) is kicking into high planning gear for the Great Race II to spark some friendly competition between alternative transportation modes in St. Louis on May 23, 2013.

Designed to play off the CBS television hit, The Amazing Race, the event will place TEAM TRANSIT, TEAM BIKE and TEAM CARSHARE in a head-to-head battle to see which transportation mode can travel from downtown St. Louis to Clayton the fastest. Last year the event garnered thousands of dollars in media coverage.   Pick your team and consider sponsoring this event as a great way to show your organization’s support for alternative modes of transportation!

Each of the teams will travel via their respective modes to the finish line, which will be located in downtown Clayton. Members of all three teams will consist of local media personalities and other influential St. Louisans. Those confirmed already include Kevin The Intern from the Phillips & Company Morning Show on Y98-FM, a KSDK NewsChannel 5 on-air personality, Kevin Steincross from KTVI FOX 2 News,  a reporter from the Webster-Kirkwood Times newspaper and the editor of the Affton-Shrewsbury Patch Lindsay Toler.  We are working closely with a number of other individuals to confirm participation plans and hope to be able to announce them soon.

Regardless of who wins, CMT’s goal with this event is to promote the education and expanded use of the St. Louis Metro area’s transit system, as well as other viable alternative modes.

As a part of your sponsorship, your logo will be included in Great Race II promotional materials as outlined below in the sponsorship levels:

This sponsor level will include premiere logo placement on all promotional materials including press releases, website, advertisements, social media, t-shirt artwork, direct mail and more; the inclusion of the company/organization name in thetagline used in all materials recognizing sponsorship; recognition at all “Make your Move on Metro” events set for May; and the opportunity to make formal remarks at the Great Race II event.

This sponsor level will include placement of logo on all promotional materials including website, advertisements, social media, t-shirt artwork, direct mail and more; recognition at the Great Race II event; and listed as partner in all materials.

This sponsor level will include inclusion of logo on all promotional materials.