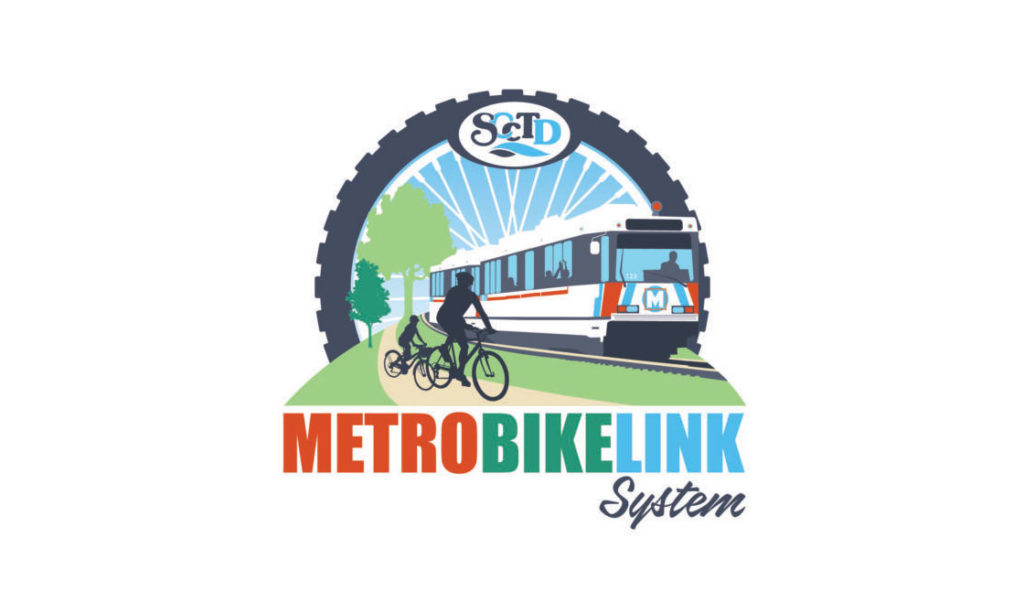 The St. Clair County Transit District (SCCTD) today announced the expansion of its MetroBikeLink System via a virtual opening for the Fairview Heights Trail. This new, 3.5-mile paved trail runs from the Fairview Heights MetroLink Station to the Memorial MetroLink Station, where it connects to the existing 11.5-mile MetroBikeLink System for a total of 14 miles of continuous paved trails running adjacent to the MetroLink System. Via this system, residents can now walk, run, bike, skate or stroll between six MetroLink Stations and four communities, including Fairview Heights, Belleville, Swansea and Shiloh. The trail provides access to convenient stores, shopping and recreational centers, High Mount Elementary School, Douglas Elementary School, Belle Valley Elementary and Southwestern Illinois College. As part of the virtual opening, which featured interviews and a video tour, officials encouraged residents to get out and explore this new trail as it is now open to the public.

“This community amenity furthers the reach of multimodal recreation in Southwestern Illinois,” commented Herb Simmons, Chair of the St. Clair County Transit District Board of Trustees. “It offers access to fun, fitness and some of the finest green spaces in the area – while connecting to our world-class transit system.”

The Fairview Heights Trail provide a scenic, pastoral ride, walk or jog through an area of Fairview Heights featuring trees, flowers, wildlife, creeks and insight into the deep historical roots of the community. In the late 1800’s through early 1900’s, these grounds provided an entry way for many of the area’s coal mines, which served as an economic engine for Southwestern Illinois during that time. The trail follows the old CSX rail alignment and Schoenberger Creek through hills and hollers of the Dutch Hollow area of Belleville and Fairview Heights. It also passes by the former Winslow Mining Company, which was a stop on the St. Louis and Southeastern Railway acquired by the Louisville and Nashville Railroad in 1879. There were several other mines along this route, and the new trail will provide a scenic, pastoral ride, walk or jog through St. Clair County.

During the virtual opening, Fairview Heights Mayor Mark Kupsky commended St. Clair County Chairman Mark Kern and the Director of St. Clair County Transit District Herb Simmons for their support, commitment and investment in not only Fairview Heights but all area individuals who enjoy biking and being outdoors. He also encouraged people to get out and explore while respecting social distancing parameters. “We encourage people to practice social distancing while on their bikes or gathering at the trailhead,” said Mayor Kupsky. “Wear masks and other protective gear like helmets. Be safe and enjoy yourselves.”

The SCCTD’s MetroBikeLink System features 14-miles of trails and bike paths adjacent to the MetroLink alignment in Southwestern Illinois, linking transportation modes in the community. The first section of the trail opened in 2002 and was comprised of a four miles trail from Southwestern Illinois College to the Swansea MetroLink Station. Since then, the system has expanded to include the Memorial Section, Fairview Heights Sections, SCCTD Orchard Loop Trail Phases I & II and the Shiloh Scott Sections – which all connect back to the original trail. Currently, the MetroBikeLink System runs from the Shiloh/Scott MetroLink Station to the Fairview Heights MetroLink Station, providing access to six MetroLink Stations and four different communities. Phase I & II of the Old Collinsville Road Trail, featuring another approximately 1.7-miles of trail, are currently in design and will further the system’s interconnectivity. These trails are expected to open in 2023.