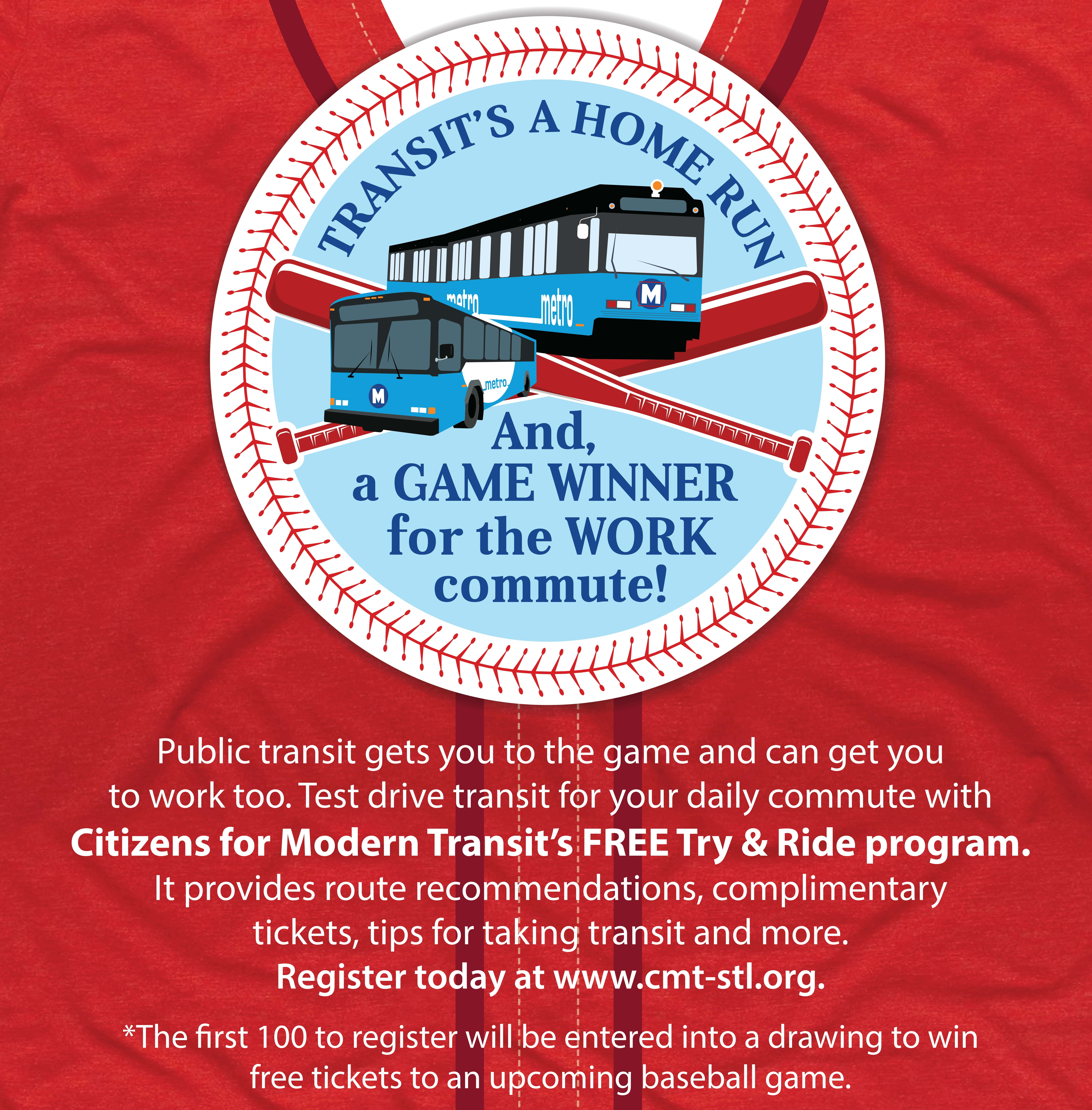 Thousands of St. Louisans know that public transportation is a convenient and cost-effective means for traveling to and from downtown St. Louis for baseball games. And as part of their next community engagement effort, Citizens for Modern Transit (CMT), Metro Transit, St. Clair County Transit District, the Bureau of Transit Police and Metro Transit Public Safety will be reminding baseball fans that public transit is also a great option for their daily work commutes.

Prior to the first pitch of the 12:15 p.m., day-game at Busch Stadium on Thursday, Sept. 30, volunteers will be at the Stadium Transit Center, 8th & Pine Transit Center, Union Station Transit Center and Fairview Heights Transit Center handing out boxes of Cracker Jack, with stickers promoting the opportunity for transit riders to test drive the transit system for the daily work commute with Citizens for Modern Transit’s FREE Try & Ride program. Those who register for the free program get route recommendations, complimentary transit fare tickets, tips for taking transit and registration in the Guaranteed Ride Home Program – which provides a more immediate ride home in the case of an emergency. They also quickly discover the money-saving benefits of the region’s safe and convenient public transportation system.

Transit is a home run. And, a game winner for the work commute. Join us on Sept. 30 – starting at 11 a.m. – at one of the four Metro Transit Centers to learn more.