With more than 3,300 individuals signed up for CMT’s Try and Ride Program, we think it’s fair to say that the ridership incentive program has had success beyond our wildest dreams.

And even better than the number of people who enrolled in the program because they wanted to try transit for their commute, over 70% of survey respondents indicated that they will continue using transit regularly for their work commute.

Will you continue to use transit for the work commute? 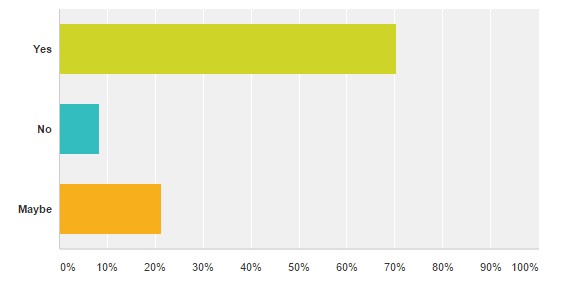 Program participants were also asked about the benefits and hurdles they have encountered while trying out the transit system.  Survey respondents indicated that a longer commute (22.6%) and late buses or trains (22.2%) were the biggest hurdles they’d faced when trying out transit for their work commute. Many let us know that they had adapted their route to overcome these hurdles, either going multi-modal and driving to a MetroLink park & ride lot or riding their bike for part of the route, or adjusting their home or work schedule to be a bit more flexible with leaving/arriving times.

The third most common hurdle identified was safety concerns (~16% of respondents identified this as a top concern). When asked for explanation, many of those surveyed indicated that they didn’t feel as safe as they’d like while walking to and from MetroLink stations and bus stops, and particularly were concerned about using transit after dark. 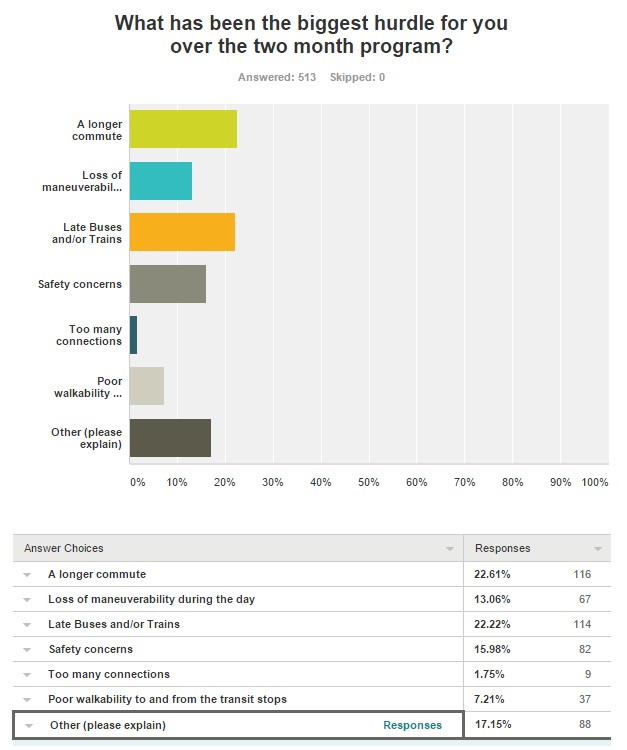 On other questions, however, many responded that they actually felt safer riding transit than they did driving. Those who responded in this way seemed to be thinking primarily of traffic accidents when considering “safety.”

When asked “What would you like to tell people about using transit that you did not know before trying it for your work commute?,” nearly 1/5 of all respondents replied that using transit was easier than they had previously thought.

When given several choices about what the most significant benefit Try and Ride Program participants had experienced, respondents choice cost savings over half of the time (52.6%), followed by more time to myself (41.1%) and less stress from the commute (40.4%). 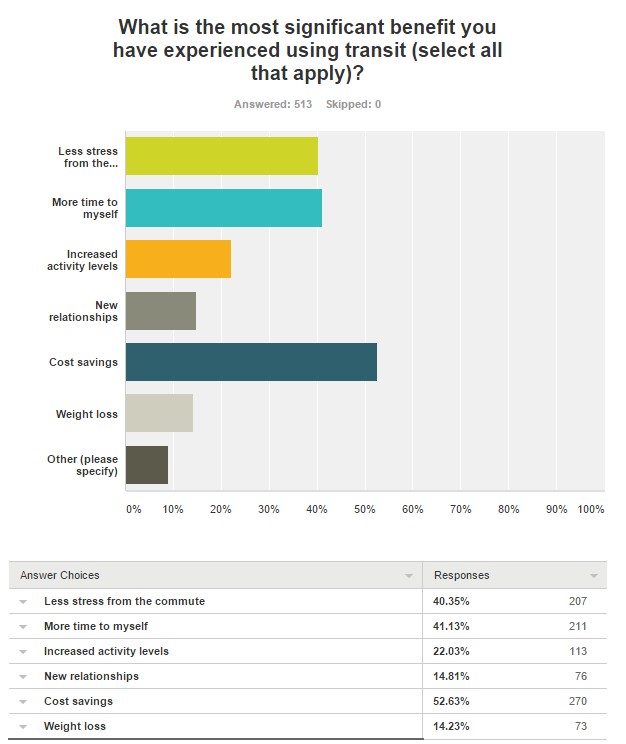 As we move forward with the Try and Ride Program, Citizens for Modern Transit plans to use the data collected in the first 18 months of the program to tailor future surveys and engagement activities to collect even better data from new riders to our transit system. This information is part of an ongoing effort to assess the strengths and weaknesses of transit currently offered in our region, to increase ridership on and investment in transit, and to advocate on behalf of transit riders.

If you have a question about the Try and Ride Program, or regarding anonymous data collected as part of the follow-up surveys, please contact Lisa Cagle at lcagle@cmt-stl.org.