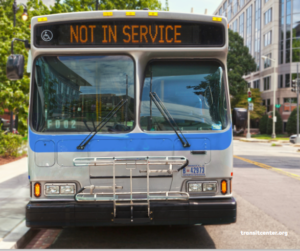 As operator shortages plague Missouri transit providers both rural and urban, the New York based Transit Center just released a report, Bus Operators in Crisis, chronicling the deterioration of one of transit’s most critical jobs and tools to combat the losses. The crisis has spared few agencies. In a February 2022 APTA (American Public Transportation Association) survey of 117 transit agencies of all sizes, 71% reported that they have either had to cut service or delay service increases because of worker shortfalls.

Metro Transit in St. Louis has reduced service several times due to the challenges created by operator shortages.  More than nine in ten public transit agencies stated that they are having difficulty hiring new employees, and that bus operations positions are the most difficult to fill. The resulting service cuts and postponed expansions are hampering agency efforts to win back riders after significant losses during the early days of the COVID-19 pandemic.

According to Transit Center, the effects of these service cuts are being disproportionately felt by the Black and brown riders who are the core users of transit systems across the country. An increased rate of retirement coupled with struggles to recruit and retain new operators have played a key role in creating operator shortfalls.

Tools to combat the shortfalls outlined in the report include: