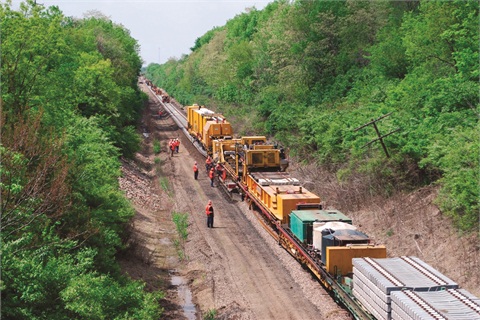 Over the past four years, the Obama Administration has made public transportation and high-speed rail a more central focus of public policy. The concept of a ” National Rail Network” was developed by the Administration with the goal of spurring economic growth and making high-speed rail accessible to 80% of Americans within 25 years.  Since 2009, both the American Recovery and Reinvestment Act (ARRA) and the High-Speed Intercity Passenger Rail (HSIPR) programs have contributed to making the National Rail Network a reality.

Backlash against the construction of new high-speed rail lines and growing public concerns about government spending have created challenges for the initiative, but have not stalled it entirely. Progress on the 520-mile high-speed rail line from Los Angeles to San Francisco, for example, continues to move forward, funded in part by the private sector. Other routes that are making steady progress in improving service include the Northeast Corridor (NEC), Charlotte-Washington, DC, Chicago-St. Louis, Chicago-Detroit, and Seattle-Portland.

There is also a push from supporters to rename the project and improve its image by reminding the public that the program is not only concerned with the construction of high-speed rail, but also calls for maintenance of existing rail lines and overall improvements to rail service across the country. In the new MAP-21, the HSIPR program is aptly referred to as the “high performance rail” program, making its broader transportation improvement goals more apparent. Despite these setbacks, progress is being made, and those in the rail industry are optimistic that this trend will continue.