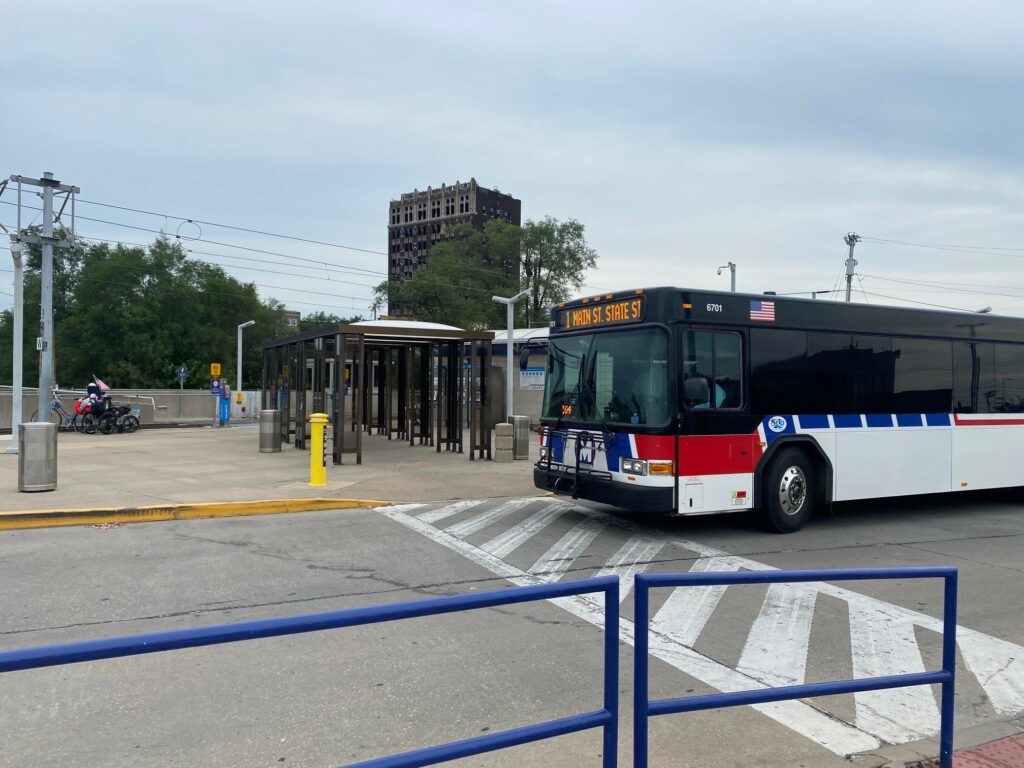 On the heels of the recent opening of the “Transit Stop Transformation Project” at the Belleville Transit Center and the unveiling of the one at the North Hanley Transit Center set for mid-October – Citizens for Modern Transit (CMT), AARP in St. Louis, St. Clair County Transit District and Metro Transit today announced that the 5th & Missouri Transit Center in East St. Louis will be the location for its next transformation. St. Clair County Transit District’s Board of Commissioners has approved $70,000 for the project.

In the coming months, CMT and AARP in St. Louis will be working to establish both public and private community partners. Transit riders, area residents, elected officials and stakeholders will then have the opportunity to provide insight on what they would like to see at the site via design workshops, surveys and community events as partners work to transform the concrete area between bus bays and the MetroLink entrance into an interactive, playful and engaging space.

“The 5th & Missouri Transit Center will be the fifth transit stop to be transformed in the St. Louis region,” commented Kimberly Cella, executive director of Citizens for Modern Transit. “The first to be transformed was a Maplewood MetroBus Stop in spring 2020, followed by the Emerson Transit Center in late summer 2021 and both the Belleville Transit Center and North Hanley Transit Center this year. Each of these projects are helping to create engaging, energized spaces that promote community and transit use.”

Herb Simmons, Chair of the Board of Trustees of St. Clair County Transit District, added, “I am thrilled with the site selected for the next transformation. Having grown up in the Samuel Gompers Homes, which is just a stone’s throw from the 5th & Missouri Transit Center, I know first-hand, the impact of community investment. I am looking forward to seeing how this transformation comes to life, influences change and creates a welcoming environment for residents for years to come.”

“Transit Stop Transformation Projects” are designed to showcase a deep understanding of and commitment to equitable development around transit, the impact and possibility of play, the ability for creative interventions to produce long-term impact in neighborhoods accessible for residents eight to 80 years of age, and the need for collaboration to succeed. Partners work with stakeholders to build consensus and policies to move permanent development forward – and ultimately help improve safety and security, build ridership on the system and increase activity around transit, while reinforcing the element of fun that comes with activating space around transit and building community.