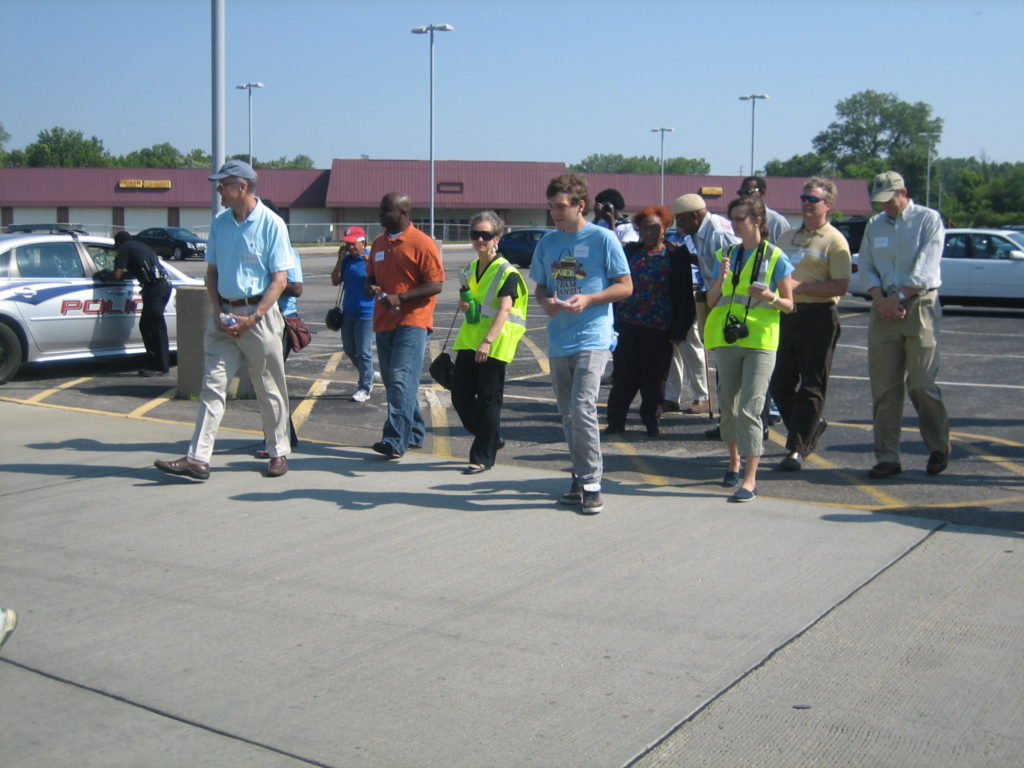 Pagedale residents came out in May to look at the possibilities around the Rock Road Station from simple things such as better landscaping to longterm goals of mixed-use, multi-family development on the site. On the morning of May 24, 2012, more than twenty people attended the Rock Road MetroLink Station Walkabout. This event, sponsored by CMT with assistance from Beyond Housing, was an effort aimed at analyzing the current MetroLink station located in Pagedale Missouri and its immediate surroundings in order to understand how Transit Oriented Development, building around light rail, could benefit the surrounding community.

The Rock Road Station is one of thirty-seven light rail stations located in the St. Louis Metropolitan Area and run by the regional transit authority, Metro. The current station sits on approximately three acres and includes a one hundred ninety-one space Park-Ride Lot, owned by Metro, immediately adjacent to St. Charles Rock Road, a MoDOT arterial. The Rock Road station, as it is known, has ridership in excess of the system average, and is approximately the 16th busiest station. The immediate adjacent area is primarily industrial / commercial with a significant number of vacant structures.

Of the approximate 4,866 residents of Pagedale, forty-three percent are considered to be living at or below poverty level. Forty-six percent of the residents are home owners and fifty-four are renters. Eighteen percent of the households and thirty-one percent of the renters do not own a vehicle, and ten percent self-identified workers reported using transit for their daily commute.

Results were categorized into short and longterm improvements. A key message was that the local stakeholders and elected officials have to support policies and strategies to entice good, right-sized development in the station area to create a healthy, more active community.