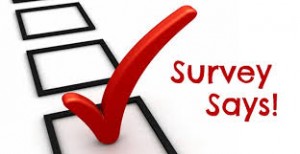 Transit Center, a philanthropic organization committed to improving transit through innovation, has just released a first-of-its-kind study about U.S. attitudes toward transit.  By sampling 12,000 people from 46 metro areas (both “transit progressive” and “transit deficient” cities), they have identified some interesting trends in people’s perceptions of public transit.

The study was inspired by the 10.7 billion transit rides in 2013.  While ridership numbers were breaking records, the Transit Center wanted to know what was propelling the ridership increases and was the first to compare rider and non-rider attitudes by age, income, education, family status and ethnicity in both cities and suburban areas across the country.

Therefore, incorporating data from Miami to Tampa, Denver to Detroit, Minneapolis to Fresno, and numerous places in between, they have provided insights we can use to inform our own community decisions moving forward.  Here are a few highlights:

All in all, Executive Director of Transit Center, David Bragdon, summarizes:

“‘These findings provide concrete evidence of what many of us in the transit field have long suspected: there is a desire for reliable, quality transportation in communities across all regions of the U.S.; and among riders of all ages, backgrounds, and financial status….Unfortunately, this desire is largely going unmet, to the detriment of many local economies.”

And here’s the most important message for St. Louis due to our goal to attract and retain young talent in the region.  “To serve – and attract- residents and workforces today and in the future, cities need to unite land use and transit planning to form comprehensive, innovative infrastructures that can support this demand.”