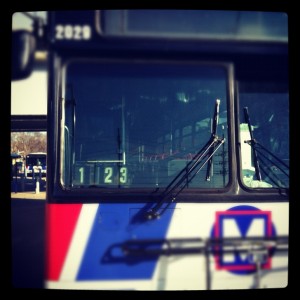 Metro begins process of upgrading its fare box system. As the new fare box pilot program wraps up its first month aboard MetroBus vehicles, Metro St. Louis is asking for feedback from the public.

The updated fare boxes debuted on 40 MetroBus vehicles on October 1 and will be installed on the rest of the 400-vehicle fleet beginning next year.  Perks of the new fare boxes include new display screens indicating amount paid and/or amount due, new software to prevent fare evasion and detect counterfeit money, the ability for one customer to pay for multiple travelers, and the potential to transition to smart-card technology in the future.  They will replace the 20-year-old fare boxes currently in use that have become difficult and expensive to repair.

Before Metro rolls out this new technology on all of its busses, it wants to make sure that any and all adjustments have been made to ensure optimum performance of the fare boxes.  That is why the fare box pilot program was implemented and why Metro is now asking for feedback from those who have had the opportunity to test out the new boxes.  Routes where the new fare boxes have already been installed include:

If you ride these routes and have comments or feedback regarding the new fare box technology, please let us know at info@cmt-stl.org.

We will be forwarding them to Metro’s staff.

To the left is a photo of the recently introduced fare boxes.  Metro will also be installing new ticket vending machines and validators as part of their larger effort to make riding transit a better experience for users.