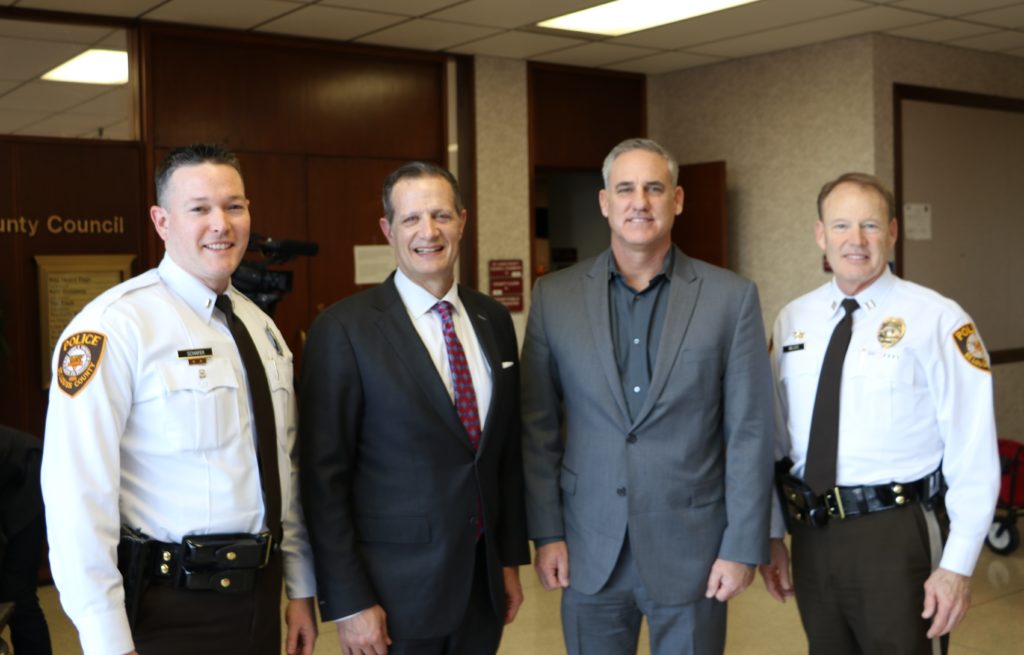 The Bi-State Development Board of Commissioners approved five new agreements on December 10 with St. Louis regional law enforcement agencies and a new contracted security provider. Negotiating and approving these key agreements are part of the coordinated strategy of Metro Transit and elected officials in the two-state region to create stronger collaboration and resource deployment with the Metro Transit Public Safety team, professional police partners and others to improve safety and security on the region’s transit system.

“These agreements are a testament to the partnerships and regional collaboration that are focused on making the Metro Transit system safer for everyone who relies on it,” said Taulby Roach, Bi-State Development President and Chief Executive Officer. “Working together, we are making real, measurable progress to improve public safety, and we will continue to see more positive changes and improvements as we move into the coming year.”

The approved contracts will support Metro’s comprehensive, multi-layered approach to safety and security:

Over the last 18 months, this comprehensive approach has undergone several changes and enhancements to improve its effectiveness. This includes increasing the number of personnel on the system, exploring changes to station design to improve security, and shifting the focus of Transit Security Specialists and security officers to two key areas: addressing nuisance behavior and keeping transit vehicles and locations secure.

“Our Public Safety team is committed to engaging our customers and providing them with a safe and comfortable ride on the Metro Transit system,” said Stephen Berry, General Manager of Metro Public Safety. “To support that, we have leveraged new infrastructure and technology to better control access and monitor the system. We are increasing patrols and changing uniforms to improve our visibility. We are strengthening fare inspection and rule enforcement. We have changed our approach – and our customers are already seeing a difference.”

The Board of Commissioners also approved a contract with G4S Secure Solutions, which will provide contracted security services for the Metro Transit system beginning on February 1, 2020. A committee comprised of representatives from the St. Louis County Police Department, Metro Public Safety Department and Metro Transit Operations evaluated proposals submitted by several companies who bid on the contract. The committee selected G4S Secure Solutions based on its ability to provide detailed reporting capabilities and intelligence collection efforts, personnel location identification, and monitoring, and enhanced training for its staff – which all align with Metro Transit’s updated approach to contracted security services.