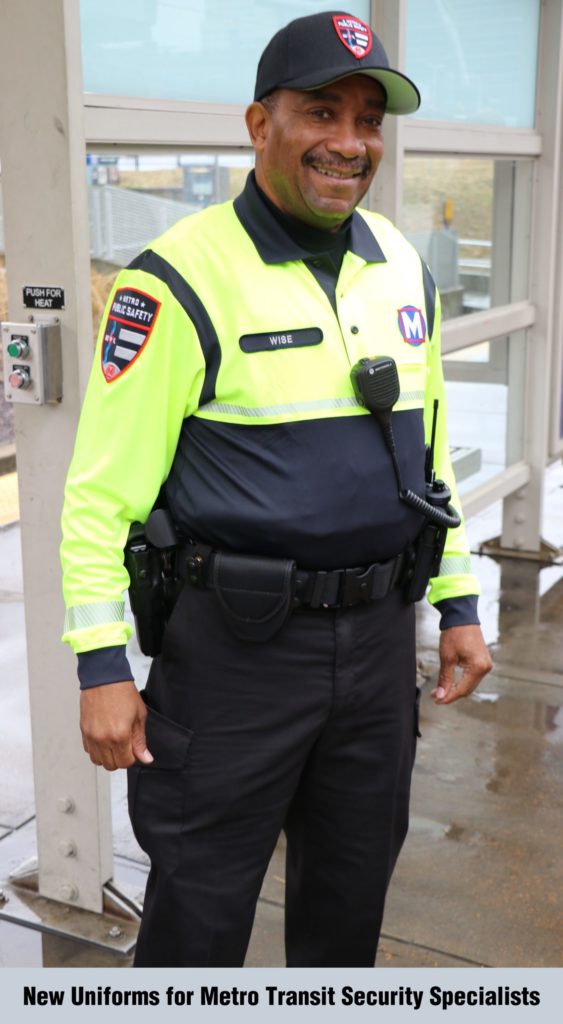 Contract security guard services will be provided on the Metro Transit system by a new company beginning on April 1. Global security firm G4S Secure Solutions competed for and was awarded the contract which was approved by the Bi-State Development Board of Commissioners in December 2019. Bi-State Development operates the Metro Transit system in eastern Missouri and southwestern Illinois.

Metro Transit is working with G4S to implement a mobile deployment strategy that more adequately reflects the travel of its transit customers. It was announced initially that G4S would start on February 1. That date was adjusted to April 1 to allow for a more reasonable time frame for the hiring, background checks and the training of G4S security guards who will be assigned to the Metro Transit system.

“Our transit riders are constantly moving around the region and we want our contract security team to reflect the same mobility when they are on the Metro Transit system,” said Stephen Berry, General Manager of Public Safety at Metro Transit. “We want to make sure the transition to the new contracted security guard team is as professional and seamless as possible.”

With these new uniforms, Transit Security Specialists are easier to spot as they patrol the system and engage with passengers, providing a more visible and accessible security presence on MetroLink trains, MetroBus vehicles, at MetroLink stations and at Metro Transit Centers. The team is becoming more visible and more importantly, the uniforms help reassure Metro Transit passengers that Transit Security Specialists are on the transit system looking out for them.

“Our transit team and police partners remain focused on providing a safe, comfortable environment for our riders, generating positive customer engagement, providing consistent fare inspection and rule enforcement addressing nuisance behaviors on the Metro Transit system. With these new security developments, we now have the foundation for a collaborative and productive relationship with our law enforcement partners,” Berry said. “This type of relationship and shared vision are the keys for a successful future for transit security.”

The new highly visible uniforms and the new contract with G4S are just two of the many changes that Metro Transit has been working closely on with the East-West Gateway Council of Governments, WSP, regional elected officials, and Metro’s three professional police departments – St. Louis County Police, St. Louis Metropolitan Police and St. Clair County Sheriff’s Department. The group is in the process of finalizing a regional security plan that is scheduled to be completed next month.