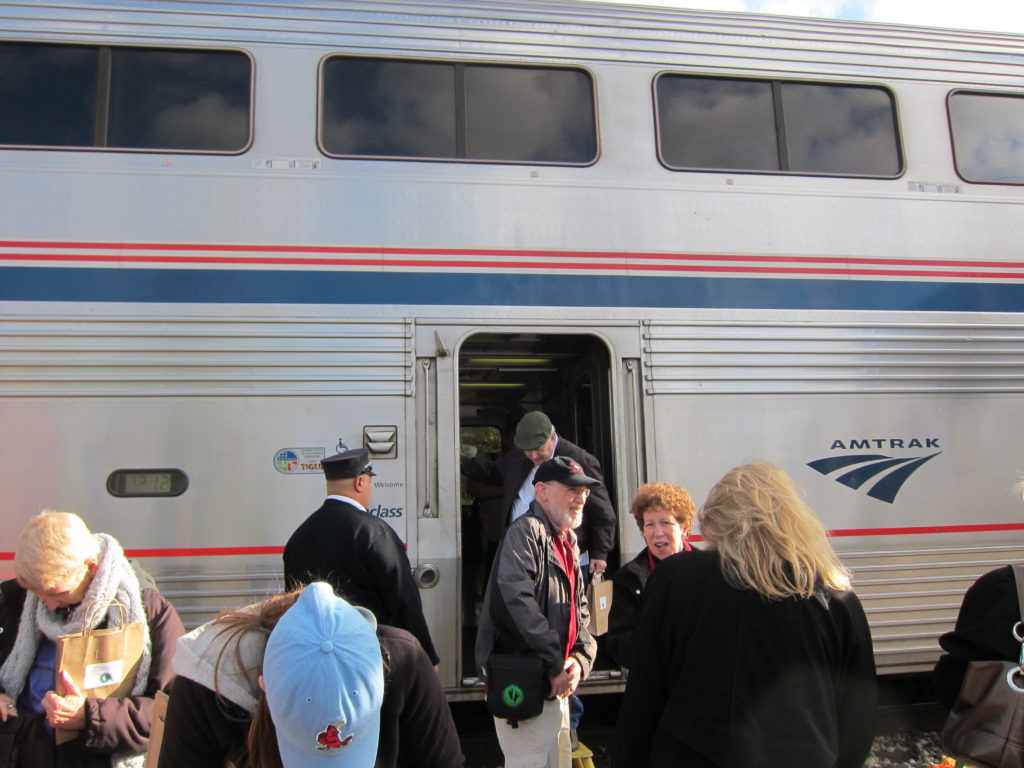 Kirkwood Police will participate in “National Train Day” Saturday, May 12th, 2012, at the Kirkwood Amtrak Station by having safety information and handouts for children and adults focusing on staying safe around railroad tracks and crossings.

The event is this Saturday, May 12th, from 8AM to 2PM at the Kirkwood Amtrak Station, 110 West Argonne Drive. Special displays at the Amtrak Station Open House will include displays from the Kirkwood Historical Society, Kirkwood Fire Department, Kirkwood Police Canine Unit, Union Pacific Railroad Police Special Agents, Missouri Operation Lifesaver, Big Bend Model Railroad Club, National Railway Historical Society, American Association of Railroaders, and the National Museum of Transport among others.  An operating model train layout will be on display along with a telegraph display and demonstration from The Morse Telegraph Club.

Food will be available by donation from the Kirkwood American Legion Post 156. Live music will be performed after 10am.  Amtrak will also have a drawing for 2 sets of tickets to Chicago or Kansas City or points in between.

Come out and celebrate trains in Kirkwood on Saturday!