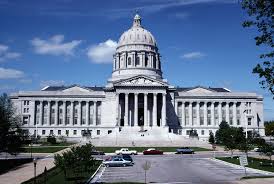 By a vote of 105 to 43, the Missouri House passed the Senate Substitute for HJR 68, a ¾ percent general sales tax for transportation in Missouri.  This referendum will now go before Missouri voters in November.   Unlike the Missouri gas tax which under the Missouri Constitution requires all funds be spent on roads and bridges, this bill provides flexibility in funding for all modes of transportation including transit.

The tax is estimated to generate $540 million annually with a 10 year sunset and would boost the state sales tax to just below 5 percent.  Five percent will go to cities and counties off the top. The remaining will be distributed to MoDOT’s transportation planning partners across the state to fund a list of projects and priorities for their respective regions. In the St. Louis region, East-West Gateway Council of Governments is working on the list which should be available by mid-June.

The key moving forward is to ensure the regional lists of projects and priorities include a fair share for TRANSIT projects.  Investing in transit in both our cities and towns will improve Missouri’s economy.   Transit creates and sustains jobs, it provides access to work, it creates economic development opportunities, it creates livable and sustainable communities, and it puts money back in Missourians pockets. MoDOT will finalize these lists over the summer.  There is a demand across the board for transit in our urban areas from millennials, baby boomers, immigrant populations, employers, and older adults wanting to age in place.

The key to this measure is it does not require spending on transit, bicycle, walking or any other particular element, however, it does for the first time allow for this flexibility in spending for these modes.

The current level of state support for public transit is inadequate.  Missouri’s Blue Ribbon Commission on Transportation identified the need for an additional $200 million annually to address Missouri’s unmet public transit funding needs.  Last year, Missouri’s transit funding was $1.06 million for 33 service providers across the state – that ranks near the bottom across the country in transit funding. In the St. Louis region, our neighbors the St. Clair County Transit District in Illinois receives more than $40 million annually from the state of Illinois to maintain their portion of the Metro system.

What else do we need to know about HJR 68:

Now is the time to reach out to our regional planning partners and let them know, TRANSIT must be a key component of the priority lists to move this funding package forward.