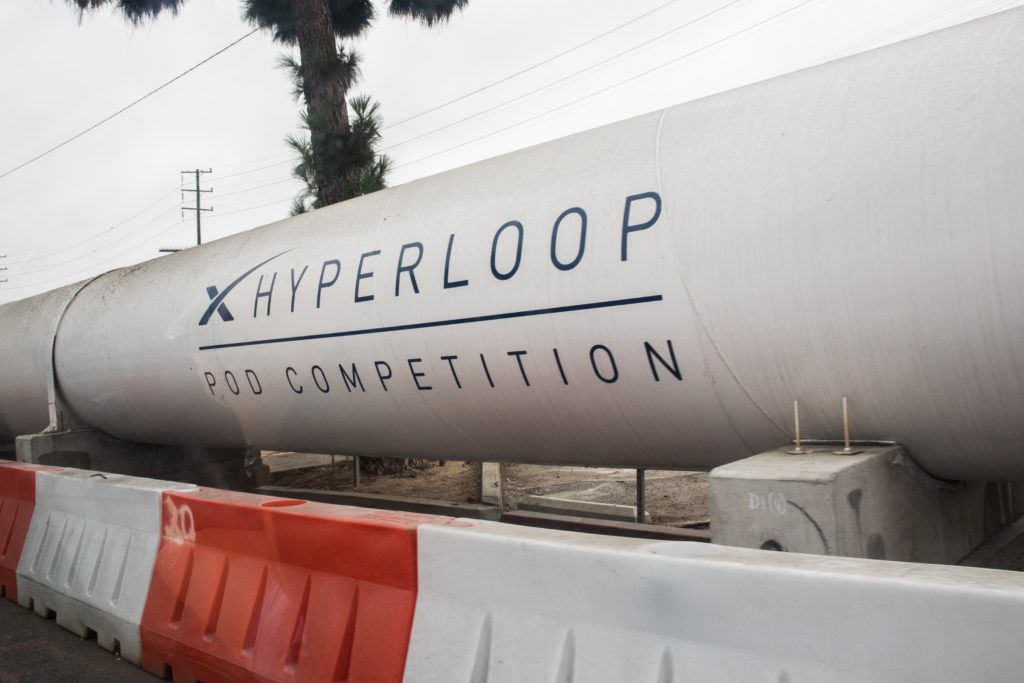 The Missouri Hyperloop Coalition, a public-private partnership dedicated to promoting the construction of a Hyperloop route linking Kansas City, Columbia, and St. Louis along the I-70 corridor, announced that State Director of Economic Development Rob Dixon had joined the group.  Dixon’s Involvement Signals Broad State Involvement in Transformative Project.

The Missouri Hyperloop Coalition was formed in October 2017 by the St. Louis Regional Chamber, the KC Tech Council, the University of Missouri System, the Missouri Innovation Center, and MODOT with the stated objective of organizing and funding an engineering feasibility study for the project.  In January 2018, the group announced that it had contracted with Black and Veatch to conduct the study, which is expected to conclude by October of this year.  The study, which is being conducted at no cost to Missouri taxpayers, will examine all aspects of the project, including core technology, environmental and social impact, route alignments and right-of-way, station locations, regulatory issues, and business models for an eventual owner-operator.  As a result of the Coalition’s efforts, Virgin Hyperloop One has said that the Missouri route is one of the “top 5, if not top 3, routes” under consideration globally.

“I’m excited to be a part of the Hyperloop Coalition, because this is the kind of bold idea that could help our state reach a new level,” said Dixon.  “Missouri has an opportunity to be at the leading edge of some of the most advanced transportation technology being discussed anywhere in the world today.  Innovative thinking like this has been a part of Missouri’s story throughout our history, and it should be a part of our future. ”

“Director Dixon’s participation is an important signal about Missouri’s commitment to this project,” said Andrew Smith of the St. Louis Regional Chamber.  “It shows that this is not merely an infrastructure project, but a transformative economic development opportunity.”

Ryan Weber of the KC Tech Council said, “A Hyperloop route connecting Kansas City, Columbia, and St. Louis would be a game changer in terms of economic development for this region.  We are thrilled to have the support of Director Dixon and the DED.”

“The Missouri Hyperloop Coalition has demonstrated the power of bringing business, academic, and government leaders together to make sure Missouri is in the forefront of innovation and transportation technology.  The addition of Missouri Director of Economic Development Rob Dixon to the coalition will help ensure that hyperloop is explored not just as a transportation mode, but also as an economic engine for the state,” said Dan Katz, VP of US Projects and Global Policy for Virgin Hyperloop One.

What are your thoughts on the proposed hyperloop project?  Let us know at info@cmt-stl.org.