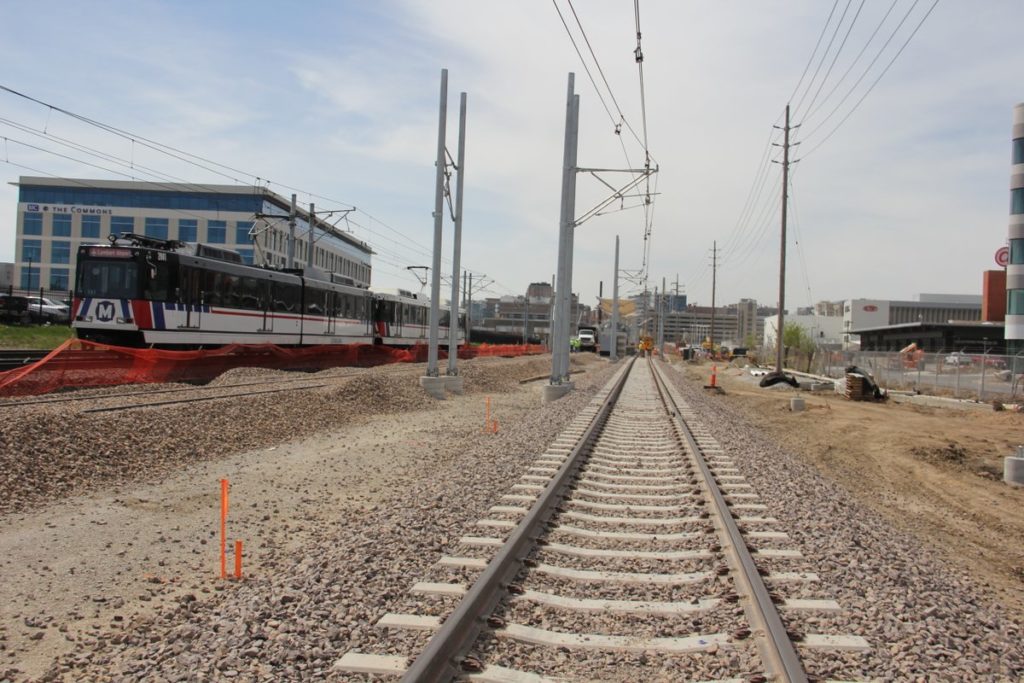 Bi-State Development announced that construction of a new section of rail for the Cortex MetroLink Station project has been completed, and MetroLink will begin operating on this new track starting on Monday, April 30.

A new section of rail has been installed north of the existing MetroLink tracks between Sarah Street and Boyle Avenue. This rail connects with the new Cortex MetroLink Station, which is scheduled to open later this year. Westbound MetroLink trains will begin operating on this new section of track starting Monday, and trains will pass through the Cortex MetroLink Station project area as construction continues on the new station.  Some delays are expected on the route while the switch is being finalized.

CMT led the feasibility study for this station in 2014 with the help of partners including Washington University, BJC Healthcare, Cortex and Great Rivers Greenway for the infill station, enhancements to CWE Station and a connecting bike trail. The study represented a true public-private partnership that raised the local match to pay for the study and to team with Metro to manage the project and move it forward.  In addition, the study laid the groundwork for the award of the $10.3 million TIGER grant to Metro to move the project forward.  Construction on this station is estimated to be completed in 2018.

Will you be utilizing the new Cortex stop when it opens?  Let us know at info@cmt-stl.org!