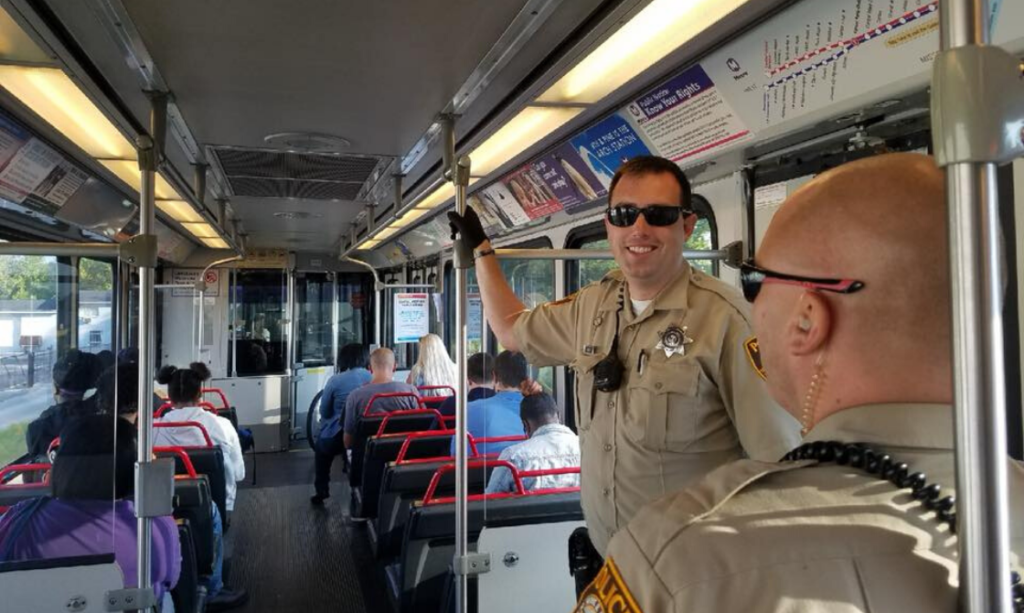 MetroLink passengers who commute through the City of St. Louis will begin to see deputies from the City of St. Louis Sheriff’s Department riding on the light rail trains this month. The new patrols are part of a growing pool of secondary police officers who have been hired to
bolster the number of uniformed law enforcement officers on the Metro Transit system. The deputies working as secondary officers are off-duty from their regular shifts at the sheriff’s department and are authorized and trained to work extra hours for Metro Transit. Metro Transit is not their primary
employer.

The deployment of secondary officers from the St. Clair County Sheriff’s Department has been utilized for more than a decade and is being expanded to include more Metro Transit locations in St. Clair County.