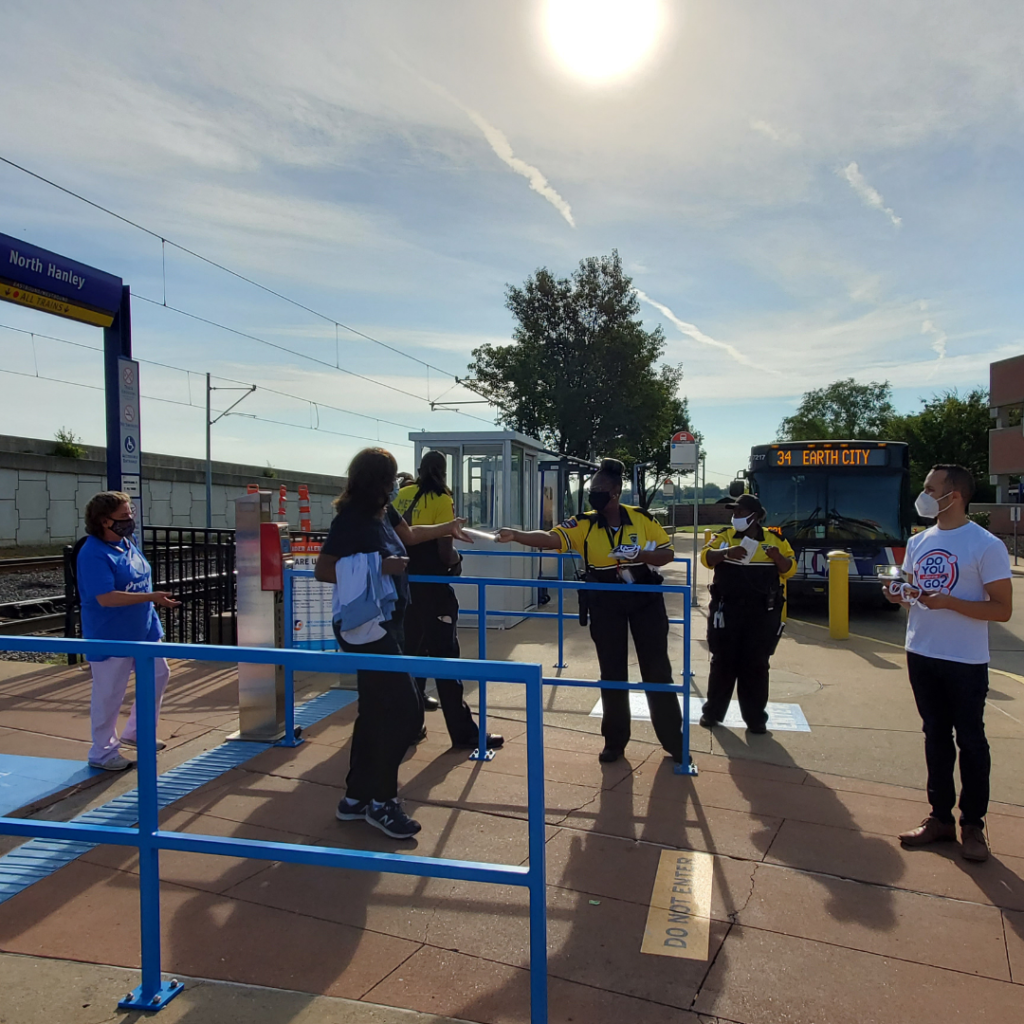 Metro Transit has signed two new Memorandums of Understanding (MOUs) with the St. Louis County Police Department and the Normandy Police Department to utilize off-duty police officers to assist with MetroLink patrols. The secondary police officers from the two departments will bolster the ongoing regional effort to improve safety and security on the Metro Transit system which serves the City of St. Louis, St. Louis County in Missouri and St. Clair County in Illinois.

Officers from the St. Louis County and Normandy Police Departments will have the opportunity to pick up extra law enforcement work at MetroLink stations, Metro Transit Centers and on the MetroLink light rail system when they are off duty from their regular police shifts.

Law enforcement is an important component of Metro Transit’s comprehensive security strategy. Over the last two years, Metro Transit has been working with its police partners to increase the number of secondary officers available to support transit security and provide a stronger law enforcement presence on the system. The new MOUs are in addition to agreements for secondary police officers that Metro Transit already has in place with the St. Clair County Sheriff’s Department, the Metropolitan St. Louis Police Department and the City of St. Louis Sheriff’s Department. Through all of these agreements, Metro Transit has access to a wide pool of law enforcement officers and deputies available to work as secondary officers, supporting full-time police officers and deputies as well as Metro Transit Security Specialists and contracted G4S security officers who are assigned to MetroLink.

“We sincerely thank both the St. Louis County and City of Normandy Police Departments for agreeing to be a part of this collaborative initiative, which is already contributing to a notable decrease in incidents on the transit system,” said Taulby Roach, Bi-State Development President and CEO. “We also thank each officer who steps up to take on this added responsibility during their off time. MetroLink riders will see more police officers patrolling and our light rail system will be safer thanks to their help.” Bi-State Development operates the Metro Transit system in eastern Missouri and southwestern Illinois.

Participation in these secondary law enforcement activities is completely voluntary, and any officers who choose to participate must be in good standing with the State of Missouri and complete additional training requirements related to public transit. Police officers from the Normandy and St. Louis County departments are allowed to utilize uniforms and equipment from their primary departments while serving on the Metro Transit system.

“We continue to make great strides collaborating with Bi-State Development on improving the safety conditions for our neighbors who ride the Metro Transit system,” stated St. Louis County Colonel Chief Kenneth L. Gregory. “By putting additional St. Louis County Police Officers on the trains in a secondary capacity, we expand our presence on the trains and improve the experience, improve the safety, and ensure that riders know we are there for them.”

Officers participating in this secondary officer pool will be compensated by Metro Transit for their time on the transit system during off-duty hours, including any time incurred for warrants, court stand-by or appearances, or other related events resulting from an arrest made during the course of their law enforcement activities on the transit system. Secondary officers will not be allowed to work in this capacity for more than 30 hours per week.

CMT’s Try & Ride program is a recipient of the 2015 What’s Right with the Region award for Demonstrating Innovative Solutions.

Stay in touch with us for new content and updates!