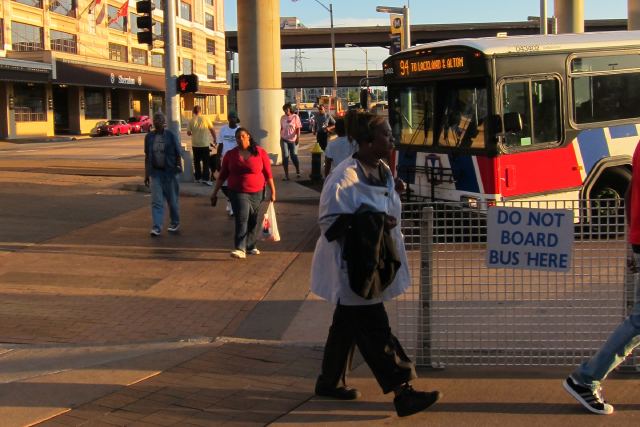 Metro Transit has announced that work will begin next week on improvements to 124 MetroBus stops in the City of St. Louis. The improvements will provide new or better access for MetroBus customers with disabilities. The work at each of these bus stops will include a number of customer amenities, depending on location.  Those amenities may include new benches, signage with Braille plates, concrete pads for bus-deployed wheel chair ramps and accessible sidewalks and curb ramps, as needed.

MetroBus customers will continue to be served during the construction process.

The bus stop improvements are funded by a U.S. Department of Transportation Federal Transit Administration New Freedom Program grant. The purpose of the program is to help remove some of the barriers facing Americans with disabilities who want to integrate into the work force and fully participate in society.