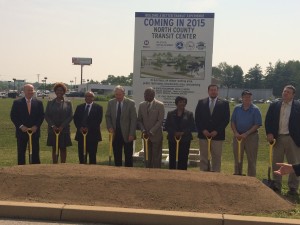 Metro held the groundbreaking on its new Transit Center in North St. Louis County on July 22.  By renovating an old car dealership at 3140 Pershall Road, Ferguson, MO 63136, Metro will be creating a new bus hub for transit commuters in North County and throughout the region.  With an indoor waiting area, restrooms, concessions, and a park and ride lot, Metro is building this facility to provide more efficient and expanded service to the region.  North St. Louis County is currently Metro’s fastest growing public transit market. 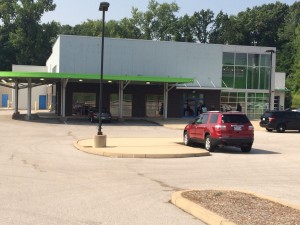 Phase 1 of this transit center begins in fall of 2014 and the center will be open for service in the fall of 2015.  Metro is still seeking federal funds for the 2nd phase of the project that would expand the center to accommodate 70 MetroBus vehicles, 25 Call-A-Ride Vans, 13 repair bays, and and on-site vehicle dispatch center.