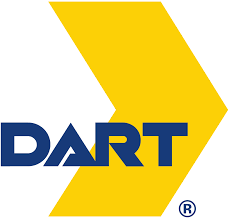 Dallas Area Rapid Transit (DART) riders are consistently reporting feeling safe when riding the system.  An agency survey reports that 77% of respondents in an online panel feel safe on DART.  Riders regularly site DART’s sense of security as a contributing factor to choosing public transit.  Additional DART is increasing its police presence, expanding deployment of security cameras, enhancing station infrastructure and using new smartphone technology.  Their goal is to empower riders to play an active role in their own transit security.

“Security and safety are essential elements of the customer experienced,” said DART President/Executive Director Gary Thomas.  “Creating a great experience is key for transit agencies of any size seeking to grow ridership and strengthen public support for transit and investment in transit.” 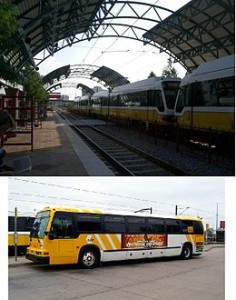 Officers reassure riders by routinely patrolling passenger facilities, riding the bus and rail system, and regularly assisting first-time riders.  The agency also positions contracted and uniformed security officers on strategic rail platforms.  DART’s goal is to have a uniformed presence on every train.  DART has coordinated  deployment of officers to offer coverage and visibility in busier areas and areas with higher levels of criminal activity.

Riders have indicated that they feel safer when they can clearly see their surroundings.  DART is working to update system lighting with brighter LED lighting to improve visibility at the stations and parking area.  DART is experimenting with other improvements as well, such as, use of signage, markings and barriers to better delineate passenger areas from non-passenger areas.

Currently, thousands of camera monitor all DART rail stations and passenger facilities.  DART plans to install video monitors in key locations so riders can see what the cameras are seeing.  Cameras are also build into the agency’s new bus fleet.  DART will have cameras installed on all 163 light rail cars in operation with footage being viewable in real time from the police dispatch center.

DART has also adopted the “see something, say something,” motto.  DART joined more than a dozen transit agencies in November of 2017 when it deployed the “DART Say Something” smartphone app.  The free app, created by ELERTS, allows customers to text descriptions, send photos, videos, and report suspicious behavior.  It also provides safety alerts and allows users to share their location and indicate if they need help.  More than 7,500 people have downloaded the app.

“There’s no single answer or tool to maintaining security,” Thomas said.  “We need to use every resource to engage our employees and customers to make our safe system safer.”