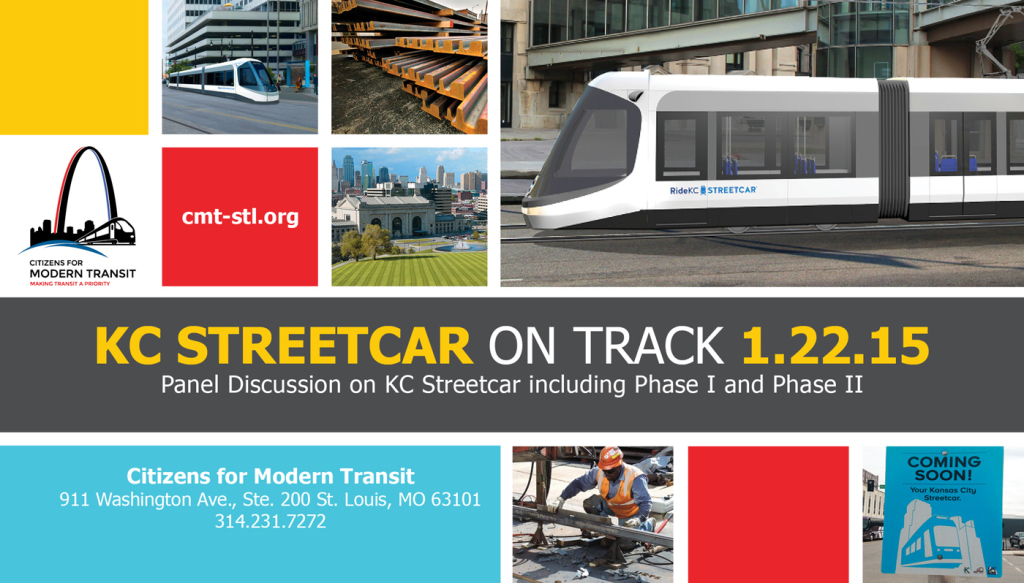 CMT’s panel discussion included perspectives from the head of the KC Streetcar Authority, the City Engineer for the City of Kansas City, and the leading engineers on Phase I of the project and Phase II.  As the most recent large scale public transit infrastructure project in Missouri, CMT’s goal was to spur discussion on possible funding mixes, partnerships and excitement for the local transit system in the region.

The discussion provided some good takeaways for St. Louis on current discussions on transit priorities and funding options going on today.

Expansion potential exists for the St. Louis market, as long as both capital and operating funding is secured.  We are hopeful St. Louis can build off the KC Streetcar discussion to move transit forward in this region.

Check out the presentation from the CMT Panel Discussion on the KC Streetcar.